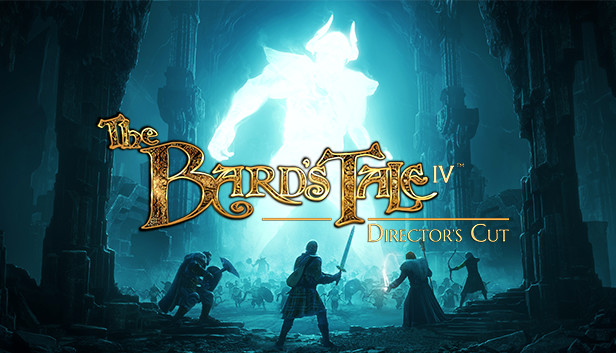 It's been sometime since I've posted a video game review. (My last one was a review of my Arcade1Up machine and I still love it!) As I'm spending a lot more times indoors lately (thank you Corona!) I've had a chance to play quite a bit more and I figured it couldn't hurt to start up the review process again. I first ran across "Bards Table IV" (BT4 from now on) while perusing the list of games available on XBox Game Pass. This is their "Netflix-style" service that offers a library of games you can play for a monthly fee. At first, I thought it was a different game.

You see, first there was BT1. I cut my teeth on that game as a kid, drawing maps out on hex paper and actually learning hex so I could edit my save games and cheat. I played it, and BT2 and 3, on an Apple 2+ in glorious green monochrome colors. A few months back, I discovered there was a remastered collection available on XBox. I gave it a try and really enjoyed it. The graphics are updated, the UX remodelled for a controller in a really sensible manner, and, thank god, automapping. I played all of BT1 and a bit of BT2.

Anyway, when I saw the entry on Game Pass, I actually mistook it for "The Bards Tale", which was made a decade ago and has nothing to do with the original trilogy. Rather, this game is a proper entry in the earlier trilogy. It's a bit old now (Game Pass generally has older games, but sometimes will have new releases) but as I had recently enjoyed playing the updated older trilogy, I figured I'd give it a shot.

I'm now roughly 50 hours or so in. Normally I try to wait till I finish a game before I review it, but I'm not sure if I will or rage-quit. Because here's the thing... the game is really interesting. It's got some really cool mechanics. But for every aspect I think is neat, it's got a corresponding aspect that bugs the hell out of me. I almost quit today and I'm glad I didn't, but overall it feels like a game that is real close to greatness but just has too many issues to really be great.

Let's start with that's good. Character creation, and setup, is uniquely different compared to BT1-3. You pick a base character type, like bard, fighter, practioner (magic class), and then use skills to customize your character. The skill tree is varied (and beautifully designed too) and lets you have very different characters with the same archetype. This is especially true of the magic users as you can focus on the style of magic you think is best. For example, I ignored the summoning skills. Similarly, for my rogue I avoided poisons and traps and focused more on theft and arrows.

Combat is also updated. While still turn based, it takes place on a 8x8 grid (2 rows of 4 on each side) where position is much more important than it was in earlier games. To be honest this really threw me at first but once I got the hang of it, I rather enjoyed it. You also get hints before you engage an enemy. These hints let you know if you're ready to take them on of if you should haul ass and turn around. You can also also wait for enemies to turn around to attack them and get initiative. While not an action RPG by any means, this does give a small taste of one.

And speaking of combat, it's a minor thing, but actually seeing my spells, spells I first used thirty plus years ago playing BT1, was pure joy.

There's a crafting aspect that's really well done. You heal, mainly, by eating, and you can craft different types of food with different healing qualities while traveling. You can also craft potions and equipment. I made my bard focus on that aspect. Speaking of bards, I absolutely love mine in game. She has the best skill I've ever seen in a game - mean drunk. Every time she drinks (bards drink for spells), she'll throw her tankard at the enemy for a small amount of damage. It never takes out an enemy but it makes me laugh every time I use it.

There's other nice things too. Interesting "puzzle weapons", a really good soundtrack at times, and more. But... now for the bad.

First, the game is incredibly stingy. So remember that skill tree I mentioned? You've got something like 12+ or more skills related to armor. That means that even if your fighter picks up a piece or armor, there's a strong change she won't have the skill for it. And to be clear, I'm not talking skills in light, medium, and heavy armor, but as I said, 12+ (ok, maybe not that many, but it's close). This wouldn't be so bad if it was easier to buy equipment, but not only are shops slow to become available, you will rarely have the money to actually buy anything. And when you do have the money, they won't have what you need.

Time and time I'd come across a treasure chest, open it up, and find... wood. Yes, wood. This is used in the crafting aspect so it's not a waste, but seriously, wood in a treasure chest? The first twenty plus hours of the game felt like I was being rewarded with absolute craft. Now that I'm 40 hours in, I finally feel like I'm slowly getting nice equipment, but the game is just plain miserly when it comes to rewards. I've got enough gold now to buy anything, but the shops don't sell anything I need now.

This also impacts your leveling in general. There's no random encounters so if you want to grind to beat a tough boss, you're out of luck. Now to be fair, BT1 had way too many random encounters, to the point where the game actually pokes fun at itself about it. But with all the other aspects (not enough gold, loot, too many skills needed etc), the fact that I can't even do a bit of grinding to level up is frustrating as heck.

There's also multiple things in the game that are poorly explained, if at all. I've had to use Google many times just to figure out how something is supposed to work. Heck, there's still things in the game I'm not sure how to work with.

Another good/bad thing I'll share are the puzzles. The game has a few unique, never seen before puzzle types, like fairy golf (yes, seriously), but they repeat these puzzles again and again to the point of frustration. On other hand though, there's a cheat you can enable that literally lets you sing a song ("Struggler's Lament") and skip those puzzles. That's a nice tough I appreciate.

All in all... I want to love this game. I definitely want to finish it. But I feel like I'm one more frustration away from quitting it for good. It's rather cheap now so if this review actually convinced you to spend a few bucks, hit the link above and I'll get a small referral fee. If you've played it, let me know what you think and leave a comment below!