As I continue my exploration of serverless with OpenWhisk, today I'm going to look at the packages feature. While not terribly complex, I thought writing up my take on it and sharing some screen shots might help folks better understand the basics.

As you play with OpenWhisk, you may be wondering where exactly your actions "live". Obviously the whole point of serverless is to not worry about - you know - the server - but there is a directory of sort for your actions. You can see this yourself by simply listing your actions: 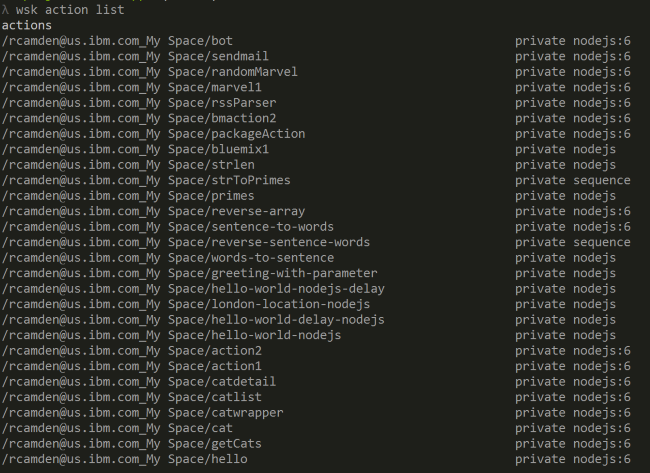 What you're seeing here is a list of every action I've created. You can see that each one begins with:

This is documented in Namespaces and packages:

Simple enough - but you can guess that organization is going to become an issue. While you can try to name your actions with good, descriptive names, at some point you will have to start giving weird names to actions just to avoid conlicts.

This is where packages come in. Essentially, you can think of them as a subdirectory for your actions. (They do more than that, and we'll cover them in a second.)

To create a new package, you issue this command:

Here's an example of me creating one called utils:

You can see your packages with:

That second package you see there was created when I was working with Cloudant back on my first post on OpenWhisk.

To see what's in a package, you simply do either:

The first command returns a JSON object for your package and the second returns a more readable version. I'll show you both of these later, but first let's add an action to the package so there's actually something in it. I've got a simple action I created earlier that just echoes a name:

To add this to my new package, I simply do:

Again, pretty simple. Now let's look at what wsk package get returns, both the 'raw' and summary version: 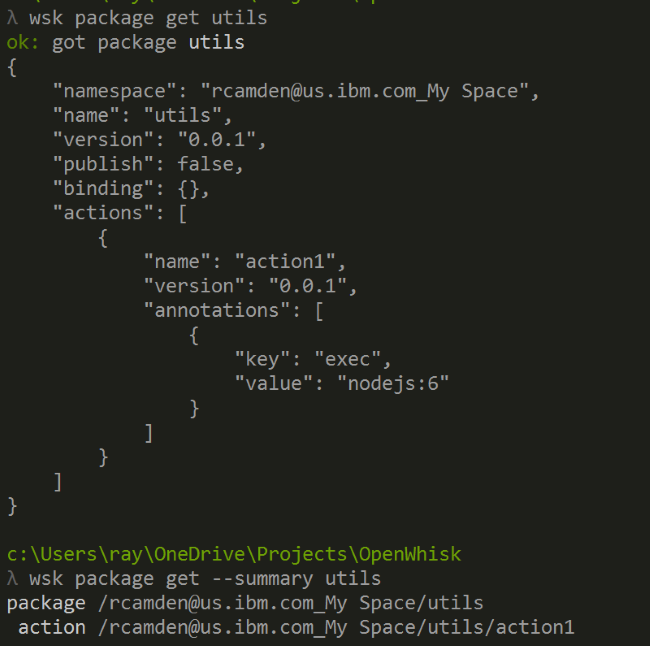 As you can see, the summary version is what you'll probably always want to use at the CLI. If your curious, the generic wsk action list returns all your actions, even those within packages: 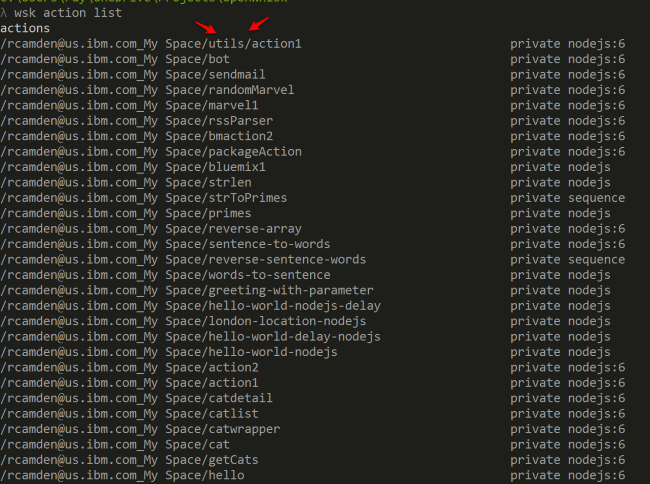 Invoking the action is the same as any other action, you simply prefix the package:

Whew. So I said this was simple, right? It is - but I like to be complete and show these things actually running. So that's the basics, but what else is there?

Hello Raymond, nice article thanks for taking the time to clarify on openwhisk, your content is a great source of understanding to me.