This is something that is - surely - documented in a thousand other blog posts, but it's not something I've tried yet with Netlify so I thought I'd give it a go. It was this or watch another episode of "Unsolved Mysteries" on Netflix and obviously I chose this instead. I'm glad I did because it worked surprisingly well with no real hiccups. I just needed to "see" it myself at least once to be sure it worked.

Alright, so as the title says, how would you deploy a Vue.js application to Netlify while also making use of their serverless platform? Here's how I did it.

First, I made the Vue application:

If you've not seen the -b option before, it means "bare" and generates a much smaller Vue application with less boilerplate text. (In my opinion it could be even more bare, but I'll take what I can get.) I didn't change any options because I wasn't worried about testing Vuex or the router.

I then fired up the application with npm run serve and confirmed it worked. 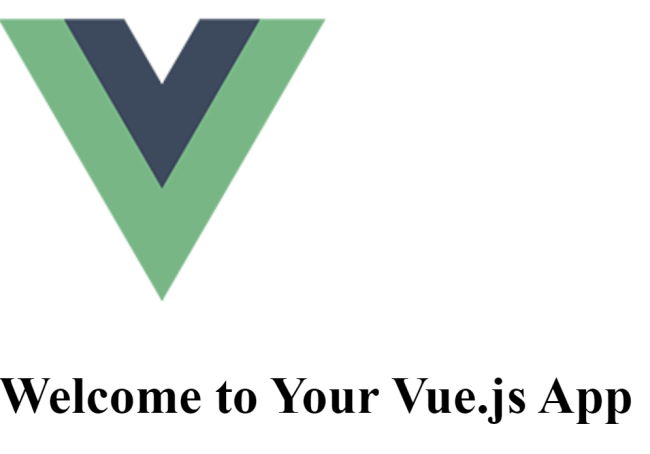 Next, I started using the netlify dev command. This enables you to test local applications as if they were running on the Netlify platform. I noticed that netlify dev ran npm run serve, but I don't remember that being documented. It was the first script defined in my package.json file and so maybe that's why it fired, but I went with a more specific command: netlify dev -c "npm run serve". The -c flag specifies the command for the CLI to run.

I noticed that the output that was much more verbose when running via netlify dev. When you use npm run serve, there's a lot of webpack related messages that gets output to one line, constantly being overwritten. It's a lot of noise so I'm fine with that. But when running via netlify dev, they all get output to the screen. This is fine, but you may miss the message stating that the server is up and running: 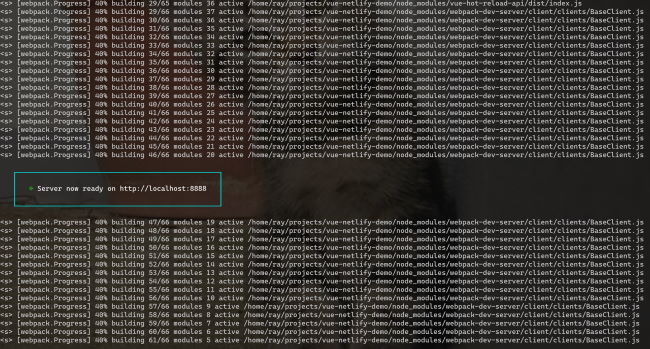 Once I saw this message and opened my browser to localhost:8888 I didn't worry about it again. Cool, now let's go serverless.

First, I added a netlify.toml file to my project to specify my functions folder:

I then used the CLI to scaffold a hello-world function: netlify functions:create. This laid down this file in .functions/hello-world/hello-world.js:

The Netlify Dev environment supports testing serverless functions locally so I modified my little one page Vue application like so:

All I've done here is fire off a call to the function (the .netlify/functions path is how you "address" serverless functions on Netlify) and displayed the result. Here's how it looks:

Beautiful, right? Now to get it live. First, I made a new repo for it: https://github.com/cfjedimaster/vue-netlify-demo. Then I made a Netlify site tied to the GitHub repo. I specified npm run build to generate the Vue production version of the app and entered dest for the folder to use as the site source.

And that was it. You can see it running here: https://vue-netlify-demo.netlify.app/. And don't forget I linked to the repo right above.

So all in all - no surprises - it just plain worked - which is exactly what I want!

Photo by Johannes Plenio on Unsplash