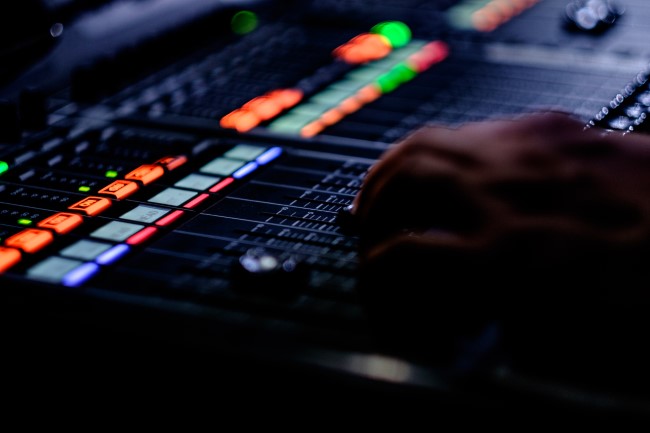 A few days ago I blogged about my experience working with audio and NativeScript (Working with Audio in NativeScript - Part One). Over the weekend I got a chance to wrap up the demo application I was working on and thought I'd share the result. As always, my work ends up being a mix of stuff I think went well and stuff I think... could be done better. I'll do my best to call out the code I think could be improved and would love any suggestions or comments.

As a reminder, the end goal of this research was to create a custom sound board application. As a user, you would record a sound to play back later. Sound boards are a dime a dozen on app stores but I always thought it would be fun to have one I could setup myself. Normally I think this when one of my kids say something funny and then they never say it again. Because of course.

Here's how the application ended up looking. The UI/UX is rather simple and I didn't bother with nice colors or anything. Initially, the application lets you know you don't have any sounds ready:

Clicking the "Record New Sounds" (really should be singular) button takes you to the next view:

In this view you name and record your sound. The play button lets you test to ensure you got it right.

Once you've recorded a few sounds, they show up in a simple list on the main page:

Finally, to delete a sound (and the UI should provide a hint for this), you "long press" on a sound:

And that's it. So really the app came down to two core aspects:

First was recording audio to the file system and playing it later. This was really easy and covered in my last post so I won't go deep into it here.

The next aspect was remembering your sounds. This one was a bit trickier. I wanted to let you assign names to each sound and hide the actual file names from the user. NativeScript supports some nice client-side storage methods (you can read my article on it!) so the only question was which would I use. In this case, I made a decision I think may not be best. I went with ApplicationSettings. In general my "rule" for picking between a simple key/value system and a "proper" storage system is - will my data grow based on the user's use of the application? What I mean is - a set of "know" values like, "preferred theme" or "last product viewed" is a particular set of data that doesn't grow over time. Data like notes, where the user can write a million a day or so, have no limit.

In my case, it is possible for the user to create a million sounds (ok, not a million) but I figured reasonably they wouldn't make more than thirty. I was only storing a name and a file path so I figure a JSON array of that size would be "ok".

I reserve the right to call myself stupid for this decision later on. Ok, let's look at the code! You can find the complete repository at https://github.com/cfjedimaster/ns-soundboard.

I'll start with the home view, trimmed a bit to remove unnecessary things:

The UI is pretty minimal so there isn't much to discuss there. I did, however, have some issues with the longPress event. It did not work well on the ListView directive. I had to move to the label. Another issue is that longPress also fires itemTap, which I think is a bug, but honestly felt ok about this for now. It's something I think I may want to address later. Code wise there's only a few methods and in general the only real complex one is the delete handler. You can see I set up a confirmation dialog. I then manually delete the file and ask my soundsAPI library (more on that in a minute) to remove the file. Those two lines feel wrong to me. Mainly the issue is that soundsAPI handles just remembering the data but doesn't handle any file IO.

As I said - it feels wrong and could do with a refactor, but for an initial release, I'm ok with it. ;) Let's switch gears and look at that sound library. You'll note I named it soundsAPI which feels like a bad name, but names are hard.

In the end, this "API" is just a wrapper for one value in ApplicationSettings. What's nice though is that I can revisit the storage later and keep the API as is. Now let's look at the second view.

Alrighty, this one's a bit more intense. This view lets you record audio and has to use a bit of logic to handle a few cases:

And that's it! What do you think? Leave me a comment with any suggestions or feel free to submit a pull request to the repository.