A couple of weeks ago I announced I was leaving IBM. Today I'm happy to share details on where I'm going next (or to be clear, where I'm working right now). As you have hopefully figured out already, today is my first day at Auth0. I first discovered Auth0 nearly a year ago when working on a proof of concept with OpenWhisk (OpenWhisk, Serverless, and Security - a POC). At the time I was really impressed with their identity product. Not only did it really simplify something I hate doing myself (identity), it also did it really darn well.

I started talking with folks there and was introduced to other parts of their platform, specifically Webtask and Extend. 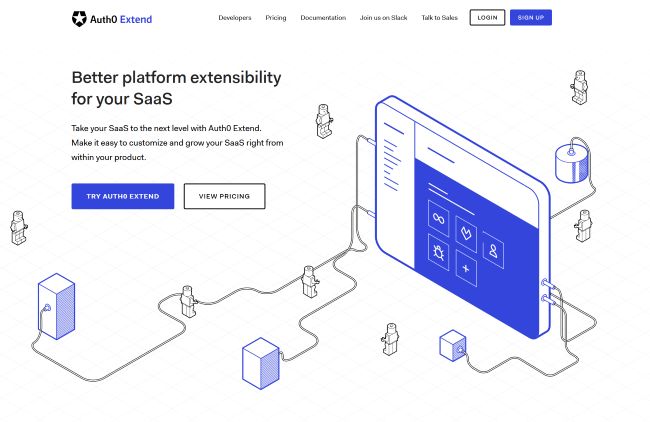 My role at Auth0 is to be a developer advocate for Extend. At the highest level, you can think of Extend as a way for a service to provide serverless customization to their users. A great example of this is GitHub. GitHub lets you respond to events by use of webhooks. Basically, the user tells GitHub, "Hey, hit this URL with details of the change and I'll do stuff." Webhooks work, but obviously require you to set up a server, or use a serverless platform to host the code.

Auth0 Extend allows a user to actually write the code directly at the site and not worry about setting anything up at all. It makes customizations incredibly easy as there is nowhere else the user has to go. And because there is a more intimate connection between your service and the user's customization, you can provide more support out of the box then you would get in a traditional serverless platform.

I admit - this may not make much sense at first and you are probably thinking that a blog post would clear things up. Good! I've actually got a demo built using LoopBack and Extend that really demonstrates things well. It needs to be cleaned up a bit but I should have that out this week. I'll also be spending time on the docs side of things to help make it easy for newcomers.

Along with Extend, I'll be spending time talking about Webtask too. It's a serverless platform and drives both Auth0 Extend and customizations for the identity side. It's a pretty cool platform and I've already begun to migrate some of my OpenWhisk code over to it. To be clear, I'm absolutely not saying anyone should stop using OpenWhisk. I think it is an incredible framework. But as a learning exercise, I'm finding it useful to migrate my stuff over so I can see how things are done with Webtask.

While I plan on doing a lot of writing at Auth0, I'll still be blogging here of course. In general I try to update here when I've written something significant elsewhere, so don't forget you can subscribe for notifications on new posts. My speaking engagements page also shows where I'll be next so if you and I will be in the same place and you want to talk more about Auth0, just drop me a line.