So yesterday I blogged a demo that was - by my own admission - somewhat silly and not really worth your time to read. However, I was thinking later that there was one particular aspect of how I built that demo that may be actually be useful.

While I was creating the demo, I needed to get a list of all the songs the Cure recorded. I found this quickly enough on Wikipedia: 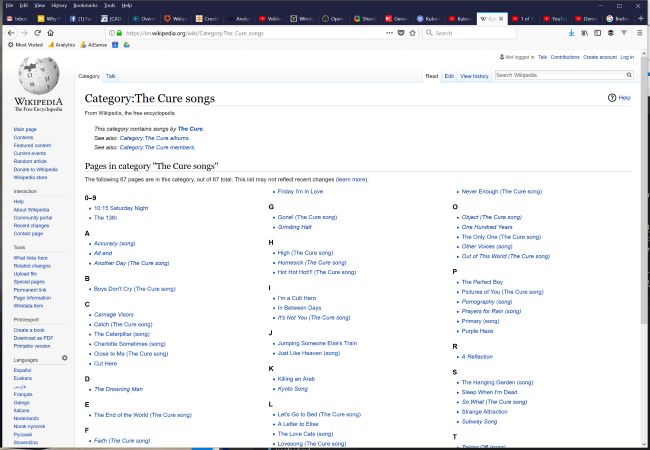 So there's only 67 songs there - in theory I could have typed that in about 5 minutes. But why do something by hand when you can use code?!?!?

I began by right clicking on the first link and selecting "Inspect Element." (As a quick FYI, I'm using Firefox for this, but everything I'm showing should work in every modern browser. And shoot - I just tested and it's not supported in Edge. Tsk tsk.)

It may be a bit hard to see in the screen shot, but I noticed two things here. First, the link used a title attribute with the name of the song. Second, I noticed there was a div named mw-category that appeared to "wrap" all the links. I figured this out by mousing over the div in the Inspector panel and noticing the highlight above. 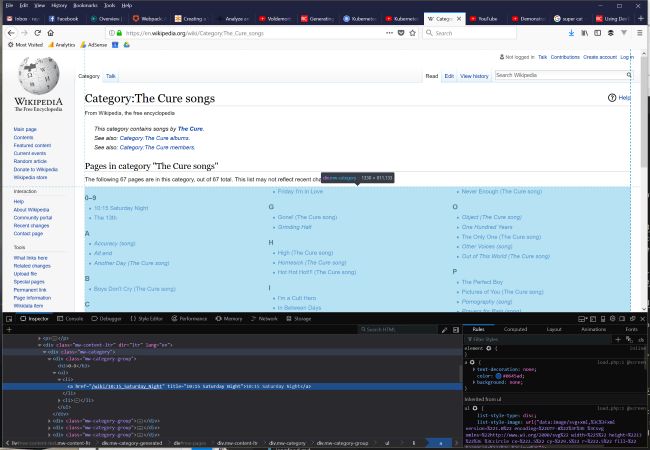 Cool. So now I switched to the Console. For my first command, I wanted to grab all the links within that div:

When it was done, I tested to see if it seemed right by checking the length: 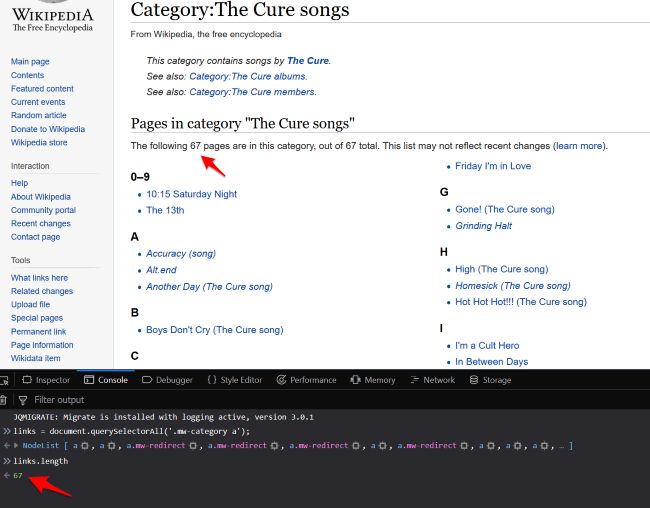 Notice how I got 67 items and it matches what the Wikipedia page says as well. Cool! So, now I've got a NodeList of data that I can iterate over like an array. (It isn't an array, but I can use it as such.) So first I made a new array:

And then I populated it:

And when done, I took a quick look to ensure it seemed ok:

Cool! And for the final operation, I simply copied it to my clipboard using:

This is the only part that is not supported by Edge. Hopefully they add that soon. The end result is a string version of the array I was able to drop right into my editor and go to town with.

If any of the following didn't make sense, I've created a quick video showing the process I went through.

Honestly that is pretty cool, I would have totally over complicated it.

You are a JavaScript Ninja. Master said "When you can scrape the data from my website, it will be time for you to leave".