So for the past few years I've done little writes up like this ("My 2016 and my plans for 2017 "). The idea is to look over what I accomplished, take stock, and plan for the next year. I always worry that this kind of comes off as bragging, but as I constantly tend to feel I'm failing, I like to allow myself to feel proud of what I've done. At least once a year. ;)

This year I continued in my role as a developer advocate for IBM's StrongLoop team, specifically the API area. Honestly I can't remember the exact name of our group and as those things seem to change a few times a year, I don't pay much attention to it. I basically spent my time focused on LoopBack, Node, and serverless.

In terms of presentations, my total count went down a bit this year. I gave 15 talks total compared to 21 last year. But the adoption really played a part in that as I couldn't really book a lot in the later half of the year. I'm doing much better at tracking my presentations now ("Speaking Engagements") so it's easier now to see what I've done. This year I did multiple presentations on OpenWhisk and serverless technology as well as my first talk on voice-assisted technologies (specifically Alexa).

In terms of travel, I took 62 flights (some were personal, hello China) and nearly it 60K miles. My longest flight was 14 hours and 50 minutes (again, hello China) and I spent a grand total of 6 days, 18 hours, and 40 minutes in the sky. Thank you, JetItUp for the cool stats and visualizations. Here's a Earth-size view of my trips: 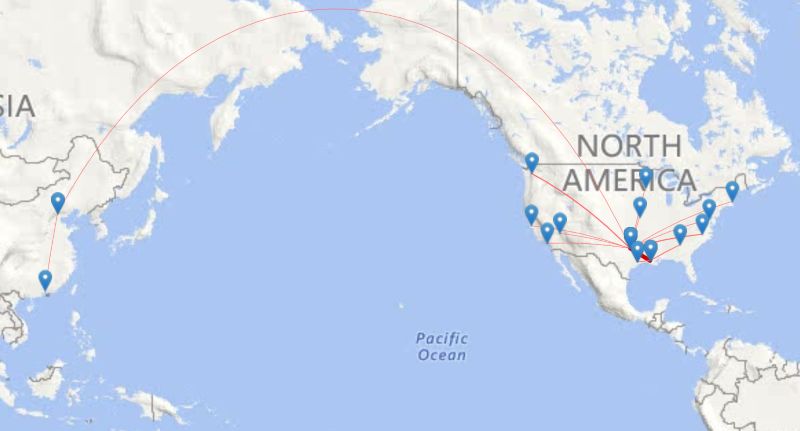 And here is a US-focused one: 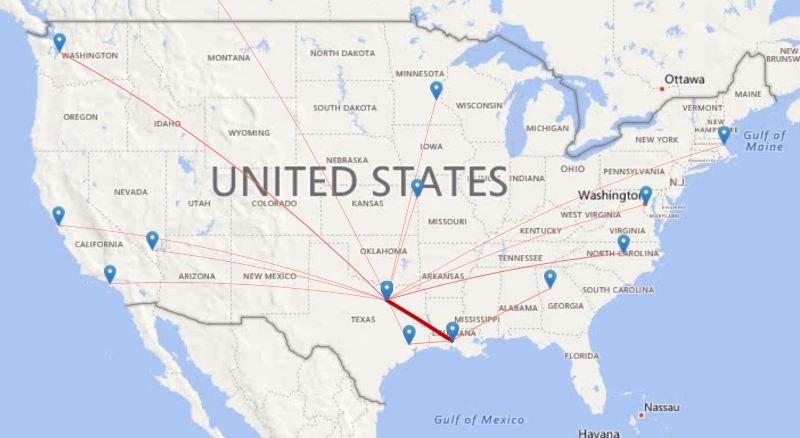 I released two books this year. First was a book on static sites that I wrote with Brian Rinaldi. The second was a free book on serverless written for IBM and O'Reilly. I'm hoping to turn that short ebook into a "real" full size book in 2018.

I also released my first course for Lynda.com, "Learning Ionic Basics" and I'll have my next one out in a few weeks. I really enjoy working for Lynda.com. They do an incredible job of supporting their creators.

My blog traffic declined this year. I got around 1.6 million page views in 2016 and only 1.3 in 2017. That's still good traffic, but I'm hoping I can see a rise in 2018. I published a bit over 150 entries with serverless being my top category. If you are really bored, you can view my stats yourself. 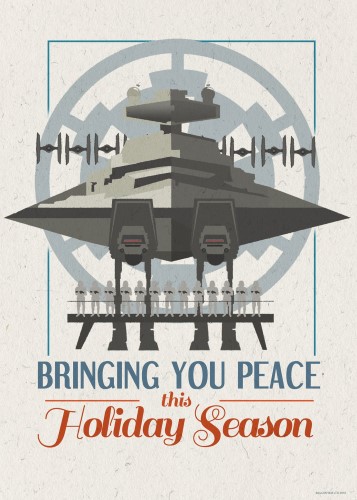 Hey, if you did not know there are 3 Nativescript books out there, 2 on packt (right now end of year sale) and one free one... The NativeScript book: https://brosteins.com/the-n... getting started with NS: https://www.packtpub.com/we... NS for Angular: https://www.packtpub.com/we... Thought you might like this...Thanks for all your post and presentations throughout the year...you might not be into CFML anymore, but as you branch out, you help me see new tech which is always exciting...as for you as a presenter, great you want to always grow, but the good thing is you keep the talk light hearted but informative...keep it up!