I normally save these "off topic" posts for the weekend, but as it is Friday afternoon and I'm literally unable to think of anything productive to do in my last hour of work, I figured I'd write up some quick thoughts on the latest Star Wars movie, "The Last Jedi." As always, I remind people that I'm not even close to being a professional reviewer and I'm unashamedly biased towards loving anything in the franchise. With that out of the way, let's get started. I'm going to clearly mark the end of the review with a spoiler warning. Anything below that spoiler warning will be - err - well - spoilers. Also you should consider the comment section as spoiler-filled as well. You have been warned... 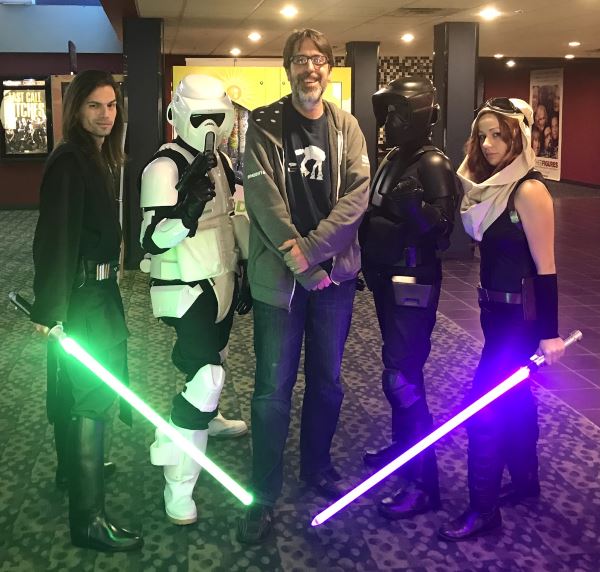 I enjoyed the heck out of "The Force Awakens", but I know some folks felt it played a bit too much too nostalgia. I get that and see their point, but it didn't diminish my appreciation for the movie. Especially after the disappointment of the prequels (which I do not hate per se, but that's another post), TFA was fun and I loved it.

But then I saw "Rogue One", and my God, what a surprise. A new story, new characters (for the most part), and best of all, a new "feel". Rogue One was like no other Star Wars film and that made me truly appreciate it.

"The Last Jedi" has a good deal of that. While I think JJ played it safe with TFA, and delivered, TLJ feels much more unique and stands out much more. At times, it is shocking. I can remember at one point feeling like I needed to throw up my hands because I simply had no idea what was going to happen next. I don't say that as a complaint - but truly things really, really did not go as I expected. In fact, I can't honestly say I have a clue as to where the third and final movie will go. I mean I think it's obvious we know it will be a happy ending, but as to how it's actually going to come about, I'm not so sure.

In their second movie, it is really great to see Rey, Poe, and Finn develop. I think Finn had the least growth in this movie, but over all, the new heroes are really coming into their own. In the first movie, Kylo was well done, kind of balancing the line between petulant ass hat and menacing Sith lord. That sounds a bit like a contradiction, but for me, it worked. He continues to be amazing in TLJ, and makes me wish again that we had gotten a decent Anakin story.

And Luke... I was worried. Not because of his acting skills, but... Luke is important. And damn... they did a great job with him. All I could ask for to be honest.

As expected, the visuals were amazing, and there was one scene in particular that was easily one of the coolest things I've seen on film - ever. (I'll detail it in the spoiler section, but I'm willing to bet folks who've seen it already know which scene I'm talking about.)

The story was... good. Really good. But I'm seeing quite a few people talk about the need for editing, and I have to agree. A good 30 minutes of material could have been trimmed and I think the film would have been better for it. To be clear, it wasn't necessarily anything bad, just... not really necessary. I'm sad to say that I could have done without Benicio del Toro. He tried... but honestly his entire part of the movie is what I'd cut. I don't know - I want to watch the movie again and really think about him. I can say (and maybe this is a tiny spoiler), it was nice to hear "slicing" mentioned for the first time in a Star Wars film.

A lot of folks are talking about the diversity of this film, and the most recent films in general, and I can definitely agree that this is a great change as well. While most folks are focused on Rose Tico (who I thought was great), I want to know who the Asian First Order officer was. (And I hope they make an action figure out of him!) And I just found him - Orion Lee. I honestly didn't expect it to be that easy to find him on IMDB.

So... yeah. I enjoyed the hell out of it. I appreciated how different it felt. And despite it needing to lose some weight there in the middle, I'm want to see it again - like really soon. Oh - and how do I rank it? I don't necessarily like to "rankings" as it's so subjective and my feelings will change over time, but in general, I'd consider it my third favorite Star Wars movie, after Empire and Rogue One. 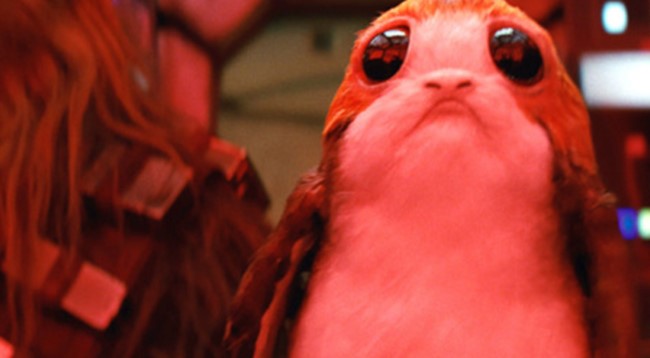 Ok, so random spoilers in no particular order.

Alright, have at it in the comments below!

Great review - I saw it yesterday morning and agree with pretty much everything you said. A brilliant movie - and I'm looking forward to the next episode already!

Nice review. I enjoyed it a lot but was disappointed in some things. I agree with you that it was too long and the middle dragged. Ok, the rest of my comment is SPOILER FILLED!

I am totally torn on the Snoke thing. It was an awesome scene and just tossed expectations out the window, but at the same time we were invested in finding out who Snoke was, how did he get so powerful, how did he turn Ben...hopefully these will still be answered, but it left you feeling more like they will be discarded.

Same goes for Rey's parents...I kinda love that they are nobodies but I also feel like we invested a lot of energy into a dead end storyline. I love the guts it took to toss off these storylines in a way so as to start anew, but I also wonder if they tossed off one too many (one of these might have been enough to establish the new storyline going forward without leaving viewers feeling like, "Oh, I put a lot of thought into that and it was nothing at all in the end.")

Yes, Benicio Del Toro was a waste. That whole storyline was weird, even the random and brief appearance of Maz.

Laura Dern was awesome and somewhat underutilized. Part of me hopes that, no matter how improbable, her story isn't done.

And Captain Phasma...two movies and her story has gone nowhere. Why waste Gwendolyn Christie on that?

The scene with Leia surviving in space...again, torn. On the one hand, I love that they didn't deliver on the expectation that she would be killed off in the movie due to her off screen death. However, the scene was a bit over the top not believable - especially from a character who has never really used force powers.

Anyway, don't let my criticisms make you think that I didn't enjoy it. I did. However, unlike Rogue One, it's flaws were more immediately obvious.

Damn - what an odd connection. I loved this video.

re: Snoke/Rey's parents: I agree - I did invest some time into those subjects, but honestly, I'm fine with it being discarded. It's like any good edit - it shifts focus to what is really important. :)

re: LD - no way in heck she is coming back from that.

re: Phasma - I think she may come back and they will turn it into a gag - she is on screen for mere moments, bad ass, and then is quickly dealt with.