Christmas arrived early for LoopBack developers - today LoopBack 3.0 was released. To update, go into terminal and run the following:

Then create a new application. Notice that 3.x is now marked as current, but isn't the default. I'm filing a bug report for that now. 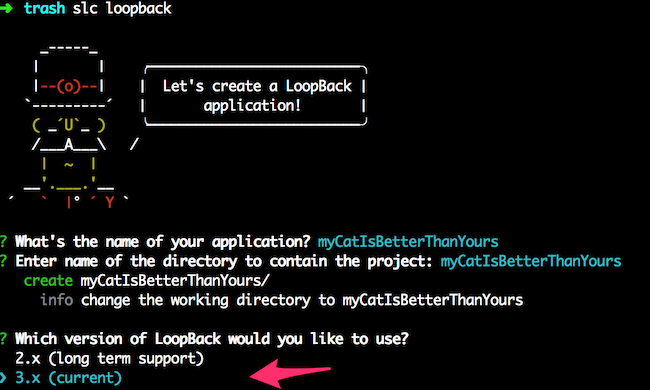 So what changed? You can read a complete list of release notes here: 3.0 Release Notes

Note that as of right now, the notes say 3.0 is still in pre-release, this should be removed really soon.

To me, two changes stand out as particularly important. The first is "Cleanup in conversion and coercion of input arguments" and the second is "CORS is no longer enabled". Both of these changes help lock down and secure LoopBack APIs a bit more and feel like really smart ideas.

Another change I like revolve around strict mode. I just discovered recently that by default, you can pass additional properties to a model and LoopBack will accept them. By using strict:true, you can disable this. The change in 3.0 (I liked to it at the beginning of the paragraph) just simplifies the new behavior.

And finally - a new CLI focused just on LoopBack is in the works. I'll post more when it gets closer to release!