I've never been shy about my feelings about the Jade templating language. I absolutely hate it. I think it is weird. I think it leads to moral depravity. I just really, really don't like it. Mainly I think because I find HTML already succinct enough. I mean I get that this:

is less code than

but my brain just has issues mapping the Jade version to the output. So yeah, I hate Jade. But a while back, due to some legal issues, the Jade folks had to rename to Pug, and who can hate a project called Pug? 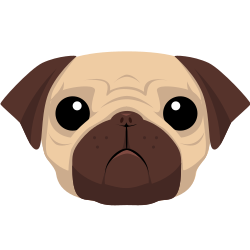 To be honest, even before this rename, I'd been slightly warming up to Jade. I still prefer Handlebars but I've moved past "hate" and am slowly warming up to "Mild Distate."

I noticed today that there wasn't a quick testing tool for Pug. The web site says you can open up dev tools and test right there, which is cool and all, but as I had a few hours in the Denver airport, I thought I'd whip up a quick tool. Here's a screen shot of it in action. It lets you input a Pug template and supply JSON data.

You can test this yourself here: https://cfjedimaster.github.io/webdemos/pugclient/

Thank you for this nice addition to pug! Waf Waf

Glad you liked it.

It's really great online tool! Thank you.
And it can fill a clear market need just like regex101. Just do not abandon the project

Not plans on getting rid of it and if anyone wants to make an improvement, I'll be open to it.