Today I'm kicking off a new project for the purposes of demonstrating Ionic and IBM Bluemix. While I'm not sure I'll actually release this application (I'm building something I actually want, so I kinda want to), my intent here is to build a full application demonstrating multiple facets of Ionic with Bluemix handling the back end. Let me start off by talking about what this application actually does.

I'm a huge fan of Untappd and Goodreads. For me, these apps help me organize two of my favorite passions in life - good beer and good books. (And hey, Budweiser, you can officially take your anti-micro-brew campaign and shove it where the sun doesn't shine.) Both sites/apps follow the same basic principle - they allow you to track and rate things are you consuming. I have pretty crap memory, so I find both apps to be incredibly useful. Both also include a social aspect to them that - honestly - I don't really care about. I do like to know what beers my friends are enjoying and what books they've read, but I typically talk about that in the real world. I can't honestly remember the last time I used either app to check what other people are doing.

My application, SauceDB, is basically a BBQ Sauce version of Untappd. The features will be:

I whipped up a quick prototype on paper first. Here is my completely incomprehensible attempt at drawing screens. 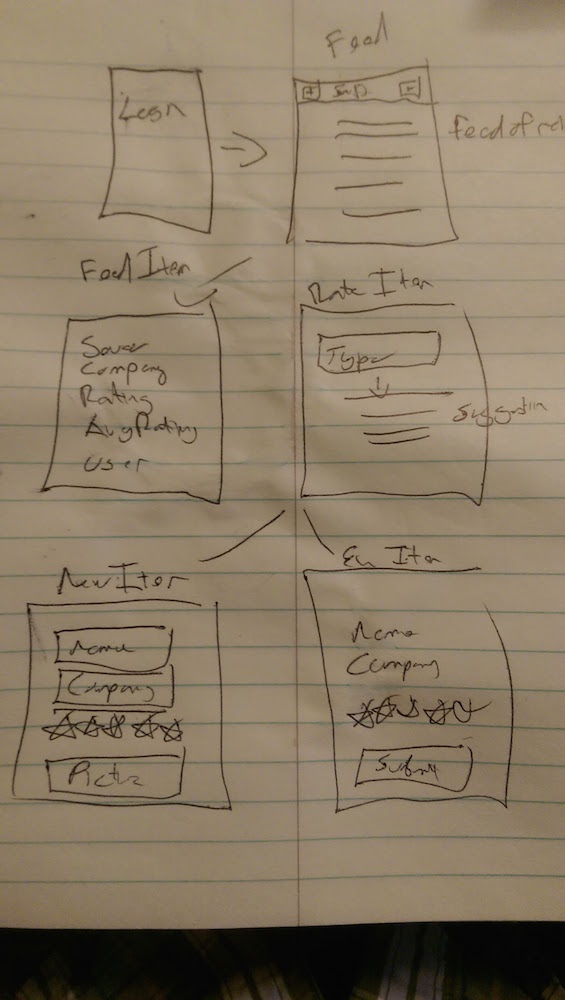 I'm actually pretty impressed by how bad my drawing is. If I was a D&D character and Drawing was a skill, I'd have a -5 in it. In case you can't read my chicken scratch, the screens are:

I don't create prototypes often, but I definitely see the value. Just typing out the list there makes me realize I don't have a page that is Sauce-centric, ie a Sauce with all the reviews. I went ahead and set up a "real" prototype using Ionic Creator. 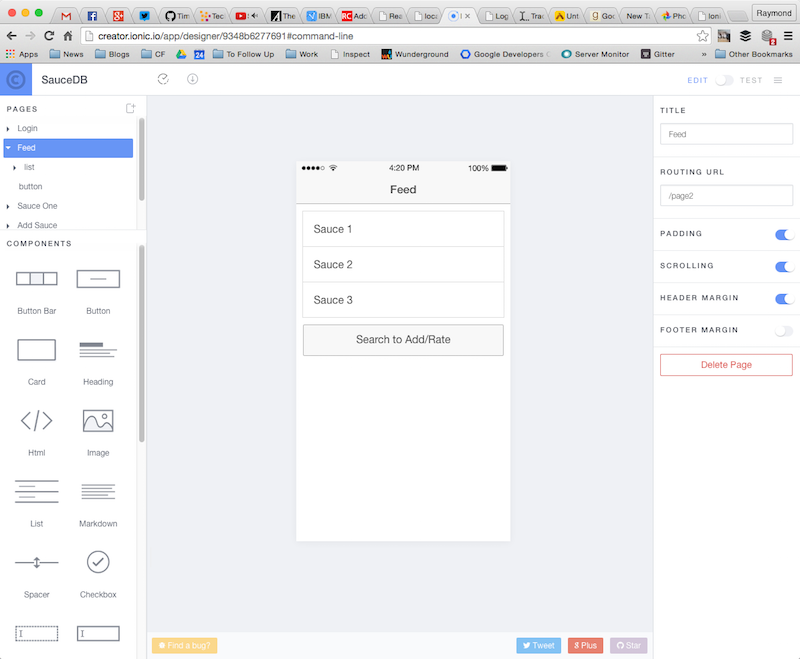 I essentially built all the screens you saw from the pen drawing above and added some basic interactivity. So for example, the login button goes right to the feed. Doing this was also helpful. For example, the 'feed' page (see the shot above) used a list view, but I'm pretty sure I'll switch to a card view to give the reviews more space.

Ionic Creator has multiple export options, including a way to use it as a seed for a new project. 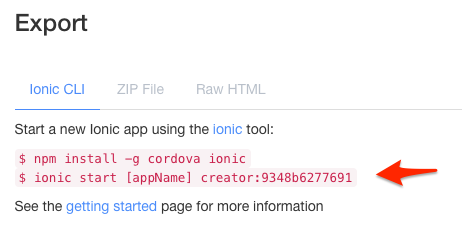 I find the output of Ionic Creator to be a bit undesirable, so I used this in a new project just for the Creator output. I then Surged it up to a real site: http://jittery-bait.surge.sh.

Some "possible" stuff I want to add too - time permitting:

I'll also be sharing everything I've built up on Github. My code base is currently a bit messy, so the repo is empty, but it will be here: https://github.com/cfjedimaster/SauceDB.

I've used CloudAnt in the past and will be very happy to use it again in the future when I need something where CouchDB would be a good fit. Their product is great (it's like CouchDB on crack!) and their support is awesome.

I will throw out a cautionary tale though: Don't put the photos into your DB. NPM uses CouchDB for the registry data and until (fairly) recently they also stored binaries in there too... which turned out to be a terrible idea. Keep binary data (like your photos) on something more like Amazon S3 ~ don't know if IBM has an offering like that or not.

Oh yeah, I definitely wasn't thinking about storing it as a blob. I was just not sure if Cloudant maybe had something baked in to help w/ binary files. S3 is definitely an option and i just used it recently with Node.