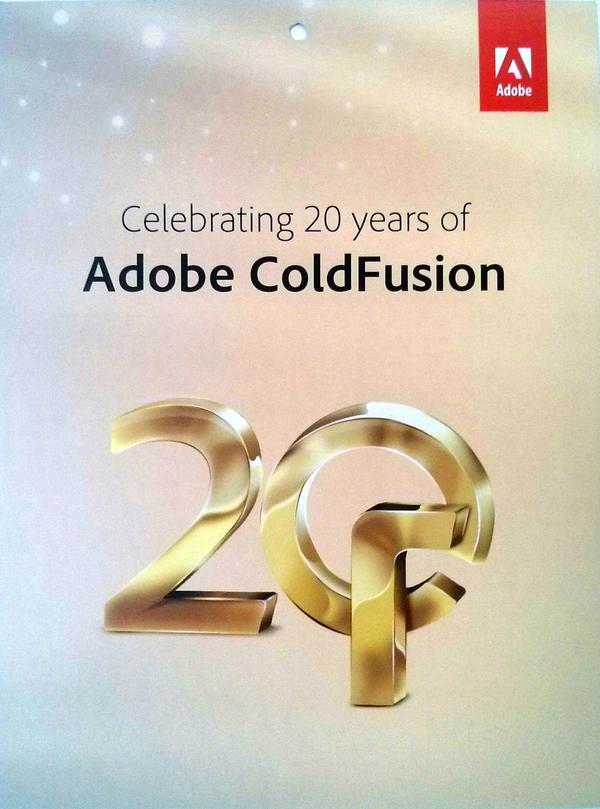 Today is the 20th anniversary of the release of ColdFusion. While I don't do nearly as much ColdFusion as I used to, I'll always be appreciative of how much ColdFusion has helped me in my career. To this day, ColdFusion remains one of the most powerful, easy to use application servers out there. It also has one of the best communities you can ask for. I can still remember the first time I used ColdFusion. I had been using Perl CGIs for web apps for a while, but the company I worked for got a client that needed integration with SQL Server. At that time I believe ColdFusion 2 or 3 had been released. I downloaded the software and had a working prototype in about thirty minutes. I was sold. I gradually dropped Perl and began doing all my web development in ColdFusion. I began to share my code (via the Allaire Tag Gallery, remember that?) and present at conferences. In fact, I was lucky enough to speak at the first ColdFusion conference in Fort Collins: 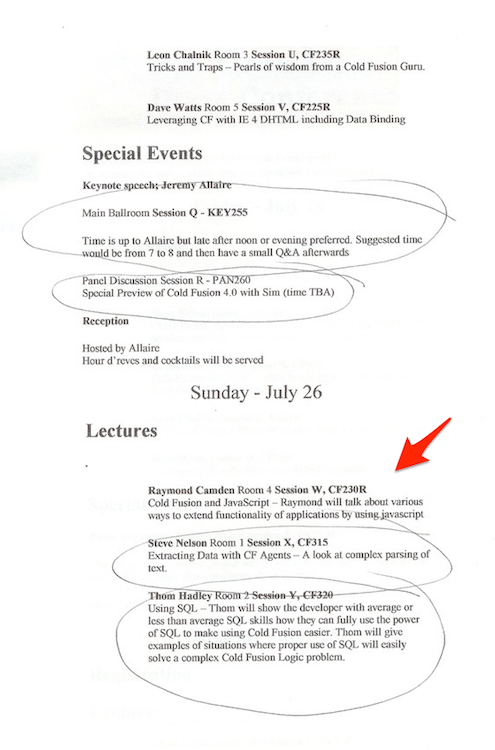 (Thanks go to Cameron Childress for sharing that pic - his collection of shots from the conference may be found here.)

I can also thank ColdFusion for giving me an opportunity to get published. I think ever avid reader dreams of writing a book, and while I had always hoped to be the next Stephen King, I can still remember the excitement of seeing my name in a real live book. 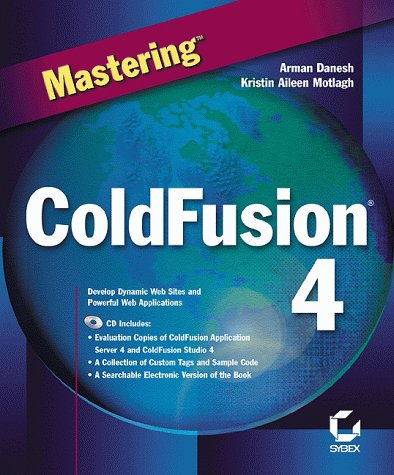 It would take a few more revisions before my contribution was enough to get my name on the cover. ;)

Adobe is currently working on ColdFusion 12, and I'm excited to see what will be added. I'm also excited about the upcoming ColdFusion summit this fall. To learn more about ColdFusion's history and this anniversary, check out the official ColdFusion blog: Twenty years of making web happen – Happy Birthday, ColdFusion!

Also, for the next nine hours or so, you can get a free copy of Matt Gifford's excellent Object-Oriented Programming in ColdFusion book!

I stumbled into working with ColdFusion back in version 4 (right before Allaire got purchased by Macromedia) back around 1998. At the time, I was working customer service for an ISP in New York, right upstairs from a guy that ran a CF Hosting/Dev company. My best friend/coworker was a smoker, so we would end up huddled outside in the winter, chatting and shivering while he enjoyed his nic fix. The CF guy took pity on us and started inviting us in out of the cold.

Eventually, we became decent friends and I took an interest in helping him solve some of the coding issues he was butting his head against. He had a pretty big project coming up that he was deadlocked on, so I spent a weekend reading one of those massive Ben Forta books, helped him figure out his logic snafu, and next thing you know, I was working for him. Ive been making my living solely off CF since, up until just last year when I switched to Front End Dev for my current place (Curse, Inc). I still mess with CF in my off time for personal projects, and I probably will for as long as I keep getting new versions. ^_^

You work at Curse? That's pretty cool. I haven't used them since I stopped playing WoW, but I loved the product.

Indeed, got the job last year and moved out to Huntsville, AL. Curse's big push right now is actually its VoIP package, Curse Voice, pretty great for voice chat while gaming. I'm working more on the CurseForge sites (the sites focused on making life easier for the mod authors). Its all built on a .NET backend, but I get to stay in my SCSS/JQuery comfort zone for the most part, so I'm happy.

(hmm. Seems I have two separate Disqus accounts. I'll have to be more careful of that in the future hehe)