About a month or so ago I wrote a blog post discussing how you could detect when someone left a form (Warning a user before they leave a form). The idea being that you may want to notice/warn/gently nudge a user to complete a form before they try to leave it. One of my readers, Andrew Schwabe, reached out to me and asked if I wanted to demo a new service he is working on, Formatic.

Formatic works by adding a simple JavaScript embed to your forms. Once added, you then get deep analytics about how users handle your forms. Let's take a look. (And note - the service was previously launched with another name, xForms. If you see that in the screen shots, that is simply the previous name and will be going away when Formatic publicly launches.)

You begin by adding your form in the console:

This step is actually optional and can be skipped. Next you then have to update your form. It's mainly one JavaScript embed, but you also have to do one minor change to your form tag. 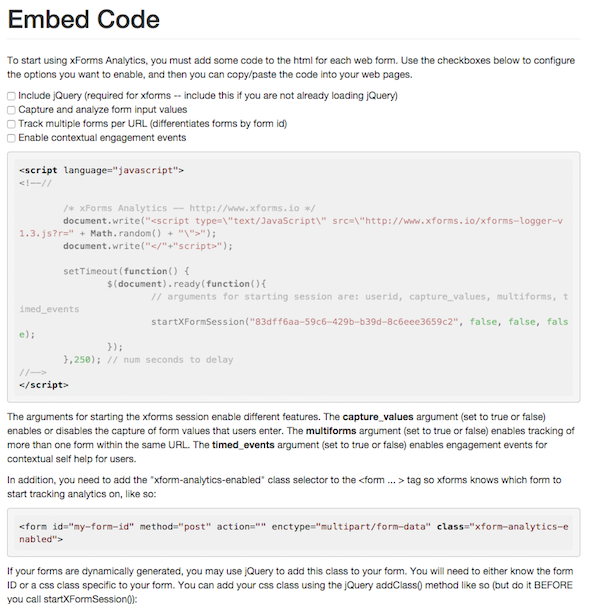 Once you've done that, you're done and can simply wait for the data to begin rolling in. Here's where Formatic really begins to shine. About three weeks ago I asked folks on Twitter to start hitting my test form so I could start collecting data. It wasn't a terribly complex form and I made it clear that I didn't care if they finished the form or not. I just wanted people to hit it and play with it. Because I specifically said I didn't care if people finished it, I'm sure some folks intentionally did not complete the form, so the stats you see below may not be 100% realistic, but what I really want to point out is the complexity/depth of the data. First, let's look at the summary. 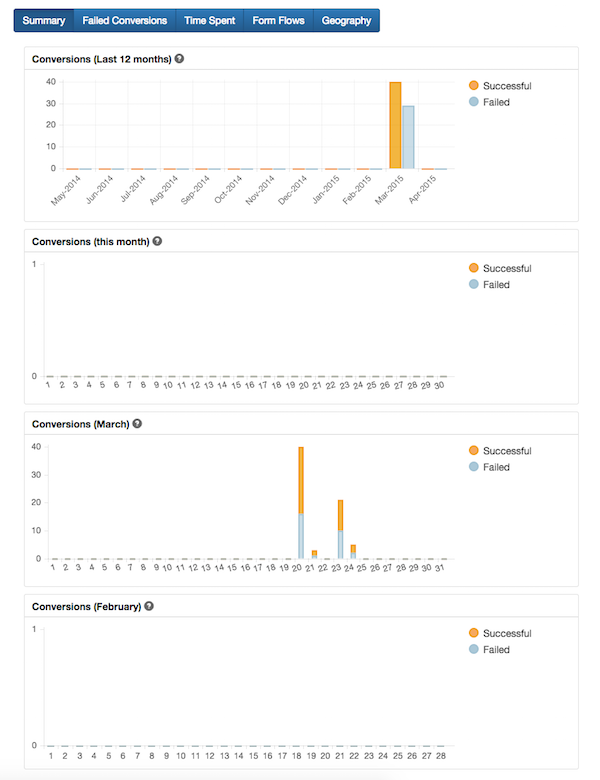 The Summary view shows form entries for the past three months. Since my form was just for testing there isn't a lot of data here, but you can see that there would - normally - be quite a bit of information here for the time frame. Now let's look at Failed Conversions. This is data about people who didn't successfully complete my form. 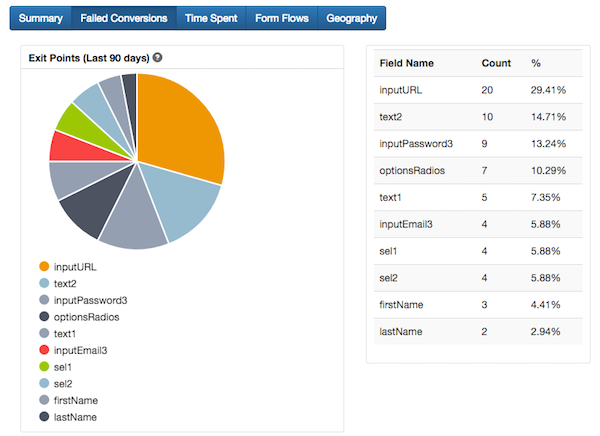 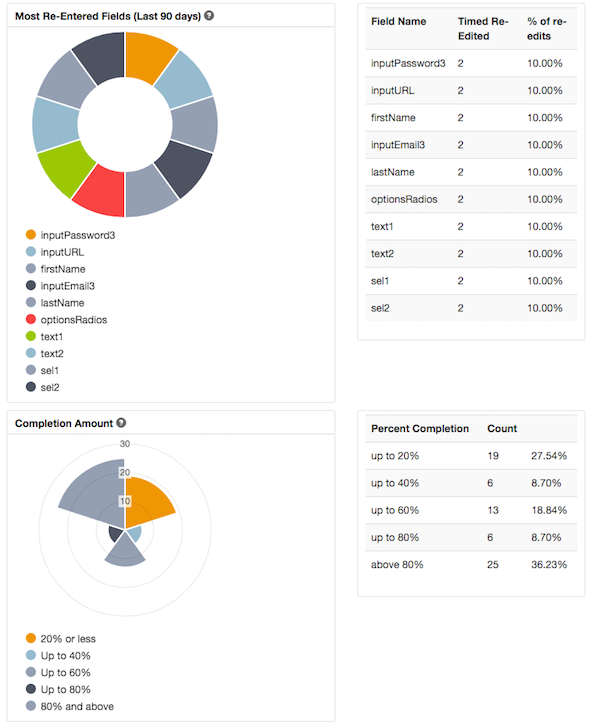 Pardon me for being too lazy to stitch the two images above into one shot. The service tells you what field was the last one worked with in failed conversions as well as which one had the most re-entries. Finally you can see just how many people are actually completing the form. To me, this detail is gold. You can immediately see which fields may be causing people to give up your form as well as which fields may be the most problematic.

The next tab, Time Spent, drills down into how much tme is being spent on the form as well as individual form fields. 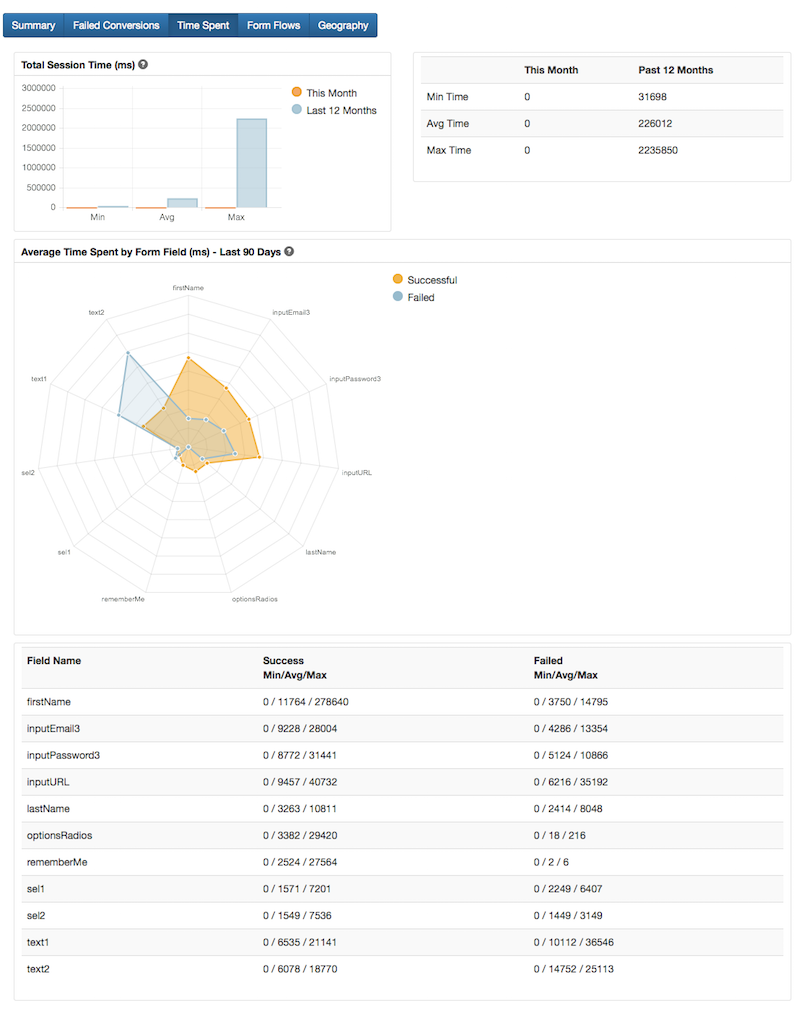 Next is Form Flows, which describes how people work through your forms:

And then finally - Geography: 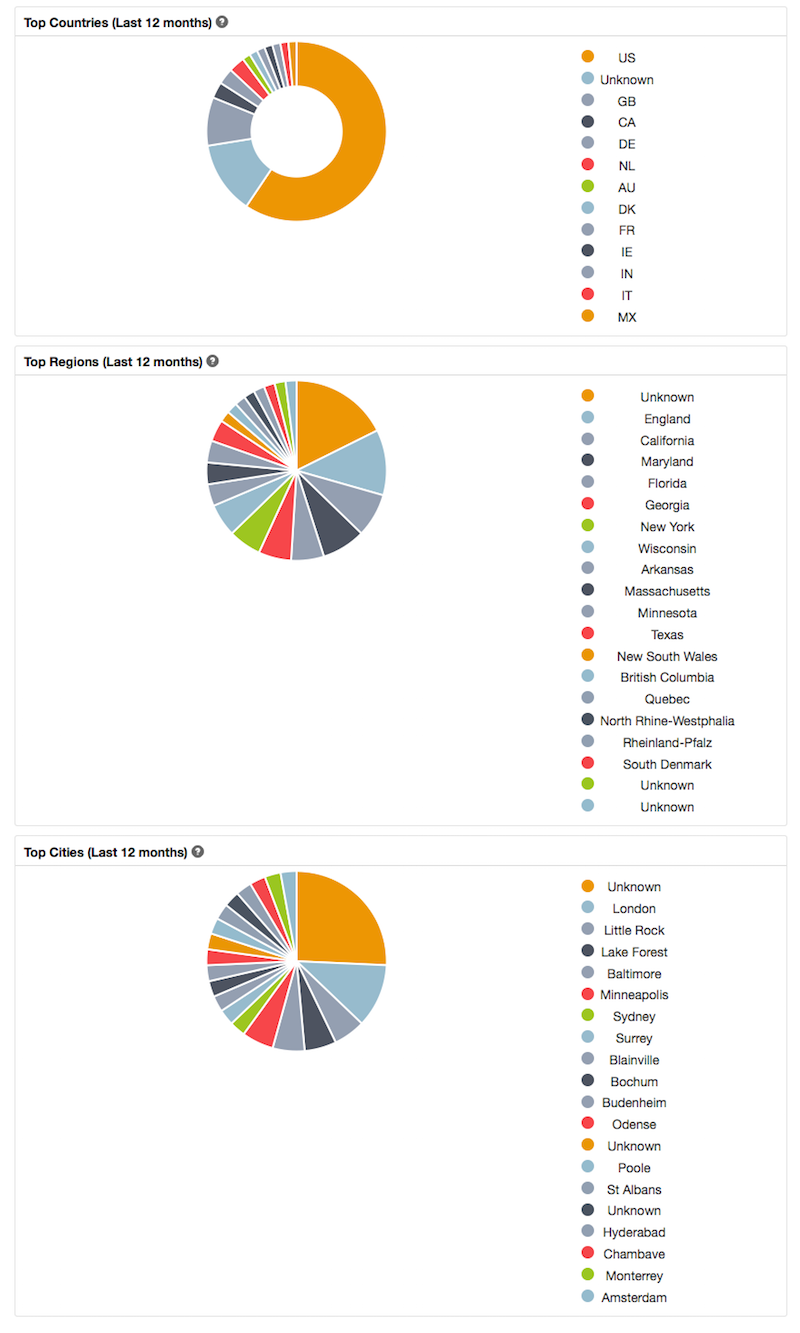 Ok - so by itself - this is an incredible amount of data - and all rather easy to use. However, Formatic actually has something that goes way beyond just stat collecting. As the amount of data it gathers becomes statistically significant, you can actually write code to listen for events within your form. What kind of events? You can notice, for example, when a user is spending more time on a field than the average user. That's freaking cool. Imagine you've got a field that you really want users to fill out but you notice a lot of people have trouble with it. You could add contextual help to that field that only shows up if the user seems to need it.

All in all, this seems like a service that will definitely be worth your attention. It isn't public yet, but check the site to register for a demo. If you end up using it, I'd love to hear what you thought about it and let me know if it helps you solve real problems.

Thanks for the great review, Ray! Good also to note that the per-form field time data is great for quickly spotting pain points in your form, where revised copy/tips/etc. can make a big difference -- even before implementing event handling when people act like they need help!

Hi Raymond, thanks for taking the time to creating such a thorough review. I was genuinely interested in giving it a try but formatic.ly uses a live demo for onboarding new or potential customers. I really wish this practice would stop. At this point, I don't know if this is an enterprise solution or 10 bucks a month.

The company is on this discussion thread so hopefully they will chime in. Are you saying you can't find pricing info?

Yes, they are probably (and hopefully) doing some A/B testing on their landing page. The one I viewed only had the option to contact them to schedule a demo.

Thanks for the great blog post Ray! I just had a demo with Patrick at Formatic and look forward to using this for a client of mine.

Keith, thanks for the comment and my apologies for taking a couple of days to respond. These are exciting times as we launch the company. We completely agree that the right model for a SaaS offering is to have a self-service on-boarding process - and share the frustration when established SaaS players don't offer that!

At this early stage we decided we would like to speak directly with our first cohort of clients to make sure we really understand their needs before we open up everything online. This will help us in fine tuning our pricing and tiered service offerings so they make the most sense to most people.

FYI, our entry level small business pricing starts at $100 per month. We can also set you up with a free personal account once we have spoken to get you started. Please give us a shout at info@formatic.ly so we can get you started!