I've been leaving hints the last few weeks that this was coming, but today I can finally share with all of you. When January ends I will be leaving Adobe. I joined Adobe a few years back as an evangelist, something that had been a dream of mine for nearly a decade. I joined a team of really smart and talented people. I had no problem considering myself the worst person there. That wasn't a slight on me at all but merely how damn good the team was. I joined Adobe at an interesting time. Not long after they begun a serious push into web standards. I saw some amazing tools get created (Brackets, Edge Animate, Inspect) and something I never thought I'd see - folks mentioning Adobe at web conferences. Sure it may have been, "Can you believe Adobe is doing this?" but that was perfectly fine with me.

Unfortunately, things change, and developer evangelism ceased to exist. I've got my opinions about that but, at the end of the day, it is what it is. I hopped around to a few different groups, each time being surprised - again - by how friendly and smart the people at Adobe were - but my heart wasn't in it.

I like to teach. I like to share. As shy as I am in most situations, I love to be in front of a group of developers showing them cool crap. To this day I remember the joy of my very first program running (after an hour or so of it failing) and when I present I feel like I get to share some of that joy with others. 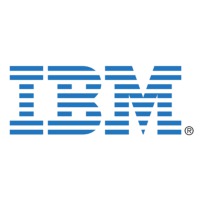 I'm happy to announce that - starting in February - I'll be joining IBM as a MobileFirst Developer Evangelist, the same team my buddy, and former coworker, Andy Trice is on. The platform makes use of Apache Cordova so you can expect me to still blog quite heavily on it. Once I google how to tie a tie, I expect to be on the road as I was before with Adobe so hopefully I can meet more of my readers this year.

I'm excited, scared, and anxious to start this new adventure. Wish me luck!

Congrats, I hope its a great experience for you, and glad you're still working with Cordova projects, enjoy your blogging :)

Frankly they would have to gnaw off my fingers to get me to stop blogging - and even than I'd switch to Voice to Text. ;)

Congratulations. Now you can jib and jive at Adobe as much as I do. In the most productive way possible, of course :)

Congrats! Your blog posts, tweets and SO answers have played a great part in my relationship with Cordova development. Thank you!

Congrats, and welcome to the team Ray!!!!

So why would you pick MobileFirst over cfcl...ah, I can't even finish that question.

Congratulations! I really enjoyed your sessions and talking with you during Muracon a year or two ago, I learned so much, it was inspiring. I look forward to seeing you again someday. Best of luck.

Congratulations on the new gig. The best of luck to you on the new adventures. I hope that you get to settle wherever they send you to live. IBM does stand for I've Been Moved. :)

Congrats and good luck. Believe it or not I've been reading your blog for about 10 years. More to come I hope

I like your statement:
"I joined a team of really smart and talented people. I had no problem considering myself the worst person there. That wasn’t a slight on me at all but merely how damn good the team was. I joined Adobe at an interesting time."
My sentiments exactly, except I apply it toward Xerox and John Warnock was one of those really smart people at that time. He sold me his 3 speed bicycle for $10 and moved to California . . . interesting how things change but remain the same.
Back then IBM was "Big Blue" and the dress code was white shirt and tie . . . (and pocket protector of course.)
Good luck and have fun.

Congratulations Ray! No need to be anxious, it won't take long before they realise they've hired a rockstar!

Congratulations! I have a friend who works in the Web Design department, if I'm not mistaken, at IBM. She telecommutes so I'm sure you'll find your work productive in this environment. I know there are wonderful people and I'm sure you'll go on to do amazing things at IBM!

You'll be glad to know that you don't NEED to wear a tie at IBM. Probably shouldn't. I think I stopped wearing ties here over 20yrs ago.

Now there's even less chance of you blogging anything about ColdFusion! ;-) I'm pleased PhoneGap will still be part of your life. Best of luck with the new job, I hope it turns out how you want it to at IBM. Ich Bin Maschine. Or as I prefer, It's Big Money. :-)