Honestly, the title says it all. ;) Today we released the latest versions of ColdFusion and ColdFusion Builder. You can see more at the product home page including a video with some scary hairy guy in it. (Hint: Me.) I don't know if we have a specific doc about what changed from the public beta to release, but things did change. 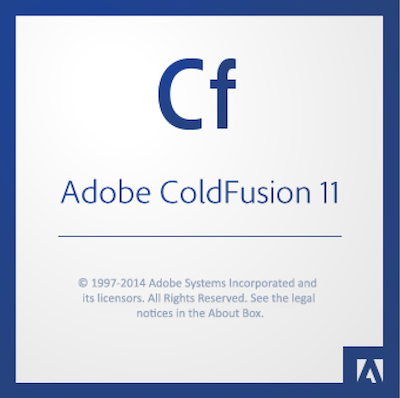 One big example is the addition of application specific DSNs, something people have been asking for since dinosaurs ruled the world.

I also recommend reviewing the language enhancements doc as well, as it neatly summarizes the various language level updates in ColdFusion 11.

And as I've said a few times now - if you stopped using ColdFusion Builder in the past - you should really give it another look. I think I've said this before, but it has replaced Sublime as my ColdFusion editor. I still use Brackets as my primary editor, and I like using Sublime for quick ad hoc edits, but CFB is now one of my favorite tools.

I will have to checkout CF Builder but it will be hard sell to switch from ST3.

@Ryan: I think that was the deal last time too.

There used to be a link showing the differences between the std and the (free) express editions but I do not see that for CFB3? Are you aware of a link outlining those differences?

Did you mean CF or CFB? For CF, it is here: http://www.adobe.com/produc.... There is also a PDF there w/ more details.

CFB has 2 versions, paid and free. I don't know where that doc is, but the differences did not change. The post here should detail it: http://www.raymondcamden.co...

I meant the differences for Builder between paid v. express in version 3. I have (multiple) CFB 2 licenses but find I do not use many of the paid features so am trying to see if I'd be better off with CFB2 full version or CFB3 express. It's unlikely that I'd be interested in paying the upgrade price from CFB2 to CFB3 though...

Ok, as I said in the second paragraph, I don't see a *new* document, so I think the old changes are the same.

Congratulations on the releases! I'll put in my requests right now with procurement. :D

Nothing against it, I am excited, but they should have given some more time to cf server for integrated and regression testing, but well don't know after using will be able to see what it is up. I am definitely not gonna use mobile applications with it, i am happy with jquery mobile

Thanks Adobe for this

I saw the bug last night. It is truly disappointing. :\ Not sure what I'd blog though?

Ray,
In the Beta, there was a 64 bit standalone windows version of CFB3. There doesn't appear to be a download for that version any more (and was fantastic compared to the 32 bit version on my system). Do you know if they still offer that version for download somewhere?

I'm checking into it. CFB was updated very recently, but we haven't posted WHY it was updated. I know a bit, but not all - so trying to get details.

Re: CFB 3 paid vs free - I guess the main question folks would have would be around the new-in-3 mobile features (PhoneGap Build packaging/integration). Any news on that?

I just checked, and all I see is this (http://www.adobe.com/produc..., which compares CFB3 to 2. I'll keep digging and try to get a firm answer.

Mobile is not mentioned *at all*, which seems to imply it is included, but I've asked to have this confirmed.

Thank your for checking. I couldn't find anything one way or the other after quite a bit of Googling, which is why I figured I'd ask an "insider" :)

"Mobile development, inspection, debugging and packaging are not available
in the express edition. You won¹t be able to create mobile project in that
edition."

To be fair, I can see the mobile stuff being on the paid tier.

Also, the team knows the doc is out of date and are working to update it.

No problem. That's exactly what I expected. Thank you for confirming that.

Any word on the 64 bit Coldfusion Builder 3 download? It doesn't make any sense to me not to have a 64 bit version. There is one for Linux, but not for Windows.

Also, the Coldfusion documentation wiki is down with a nullpointerexception error. Thanks.

Ok, I figured it out. There was a comment on Adam Cameron's blog. After installing Coldfusion Builder 3 into Eclipse in a 64 bit environment, you have to delete the jre directory under the eclipse directory that ColdFusion Builder installs. After that it works.

Adam has taken the crown of King CF Blogger. I'll happily be #2. ;)

Any idea if you can do an "in place" upgrade of CF10 to CF11? (we're on Windows and using Apache 2.2.22). If so, how does one go about it? (e.g. does the installation/setup detect existing version and upgrade?)

It depends on what you mean by in place. It will NOT replace the current install. It installs in it's own folder. It can suck in settings from the previous version. I am *not* aware of what it will do with the web server connector. Ie, will it auto remove the old one.

Figured I would add to the comments after I asked about the 64 bit Windows install. Looks like Adobe updated the site now, and has a 64-bit installer for Windows. Excellent!

hi, I'm using ColdFusion 11 server standard, fully licensed version, at work.. how/where do I get a key to register trial version of builder 3 to full? Thought the server key may work.. but it does not.. thanks.