If you read the comments for the bug, you will see one in particular that stands out:

I assume this is one of the engineers, although I don't know. It makes sense - kinda - but I certainly didn't know this and I'm willing to bet most folks aren't aware of this either. As a long time computer programmer, I have a vague idea of the intricacies of random number generation. Apparently it involves quantum states, time travel, and zombie kittens. 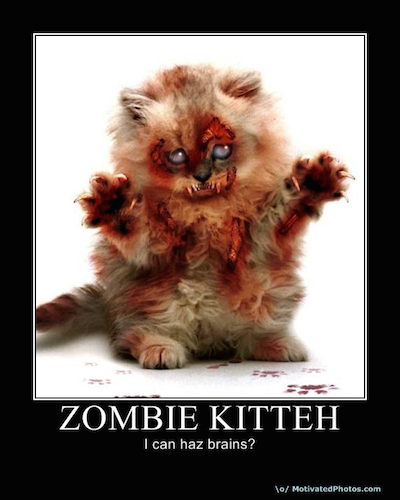 The person helping out on the comment thread suggested using IBMSecureRandom as an algorithm for the randRange, but according to the docs this is only supported on WebSphere. I used SHA1PRNG and it worked immediately.

The generation of random numbers is too important to be left to chance.

If you are interested in learning more about randomness and what it really means I highly recommend http://www.random.org

They have some nice articles on the subject, and a web service that delivers true (not pseudo) random numbers based on atmospheric noise. How cool is that?

Definitely an uncool bug...Did you try using RandomUtils from Apache Commons? I think Joda might have a consistent implementation too...

@Edward: I'm not sure I'd call it a bug. I think the explanation in the bug report is clear enough - it is by design. Did you read my post completely though? By changing the algo, it worked as I expected.