I've been writing extensions for Brackets now for at least a year and I never ran into this issue until yesterday, so as far as I can tell, the chances of anyone hitting the same issue is probably very slim. I tend to have a knack for hitting weird bugs though so I figured I should share this on the very off chance it hits anyone else. In theory this can only hit people who create extensions, but technically, it could hit people who manually install extensions as well.

I have an extension I built that does CSS linting. In the most recent Brackets update, you can now support multiple linters per file type. I wanted to see what that looked like so I tried to install another CSS linter. 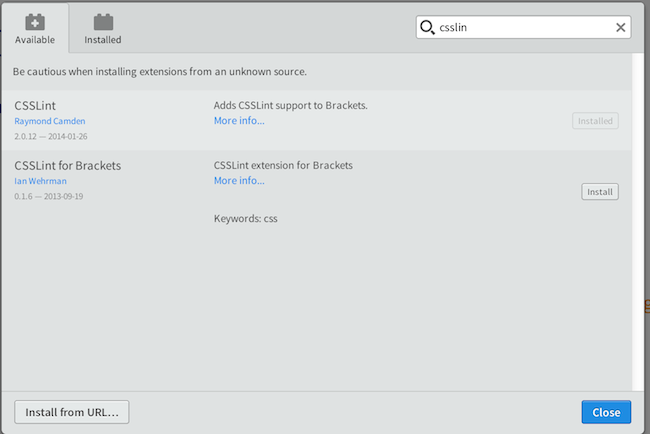 But something odd happened. When I clicked install, I got this: 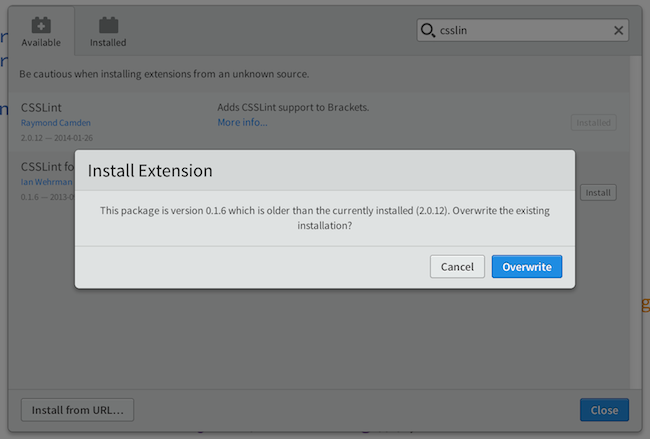 The other extension used a name in package.json of "brackets-csslint". Mine uses "camden.csslint". Turns out, the name value is also used for the folder name when installing. When I first built my extension (before there was even such a thing as the extension manager) I used a folder name of... brackets-csslint. So because my extension had the same folder as the one the new one wanted to use - Brackets got confused. To fix this I simply renamed my own folder to match the package name value.

Peter Flynn (from the Brackets team) has already suggested that the error could be improved here but honestly, I don't know if this will hit very many people. I wanted to share it though just in case. Finally, curious to see how the multiple linter support works? Here is a screen shot: 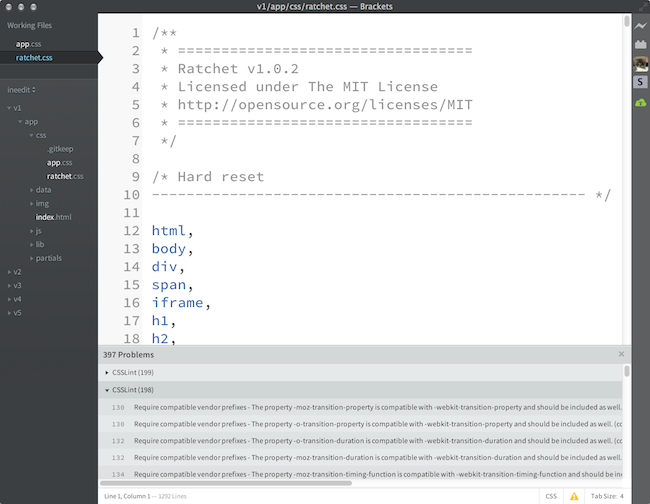 You may notice - both linters have the same name. This is because both extensions registered themselves with the same name. I've filed a ER to see if it makes sense to add some other type of indicator to the UI so we can tell one from another.