Ok, I apologize, that title is complete link bait, but I figured I'm allowed to have some fun every now and then, right? At least I didn't call it, "This Developer tried AngularJS and you won't believe what happened next!" About three years ago I blogged about AngularJS and how I thought it was kind of cool. This was before the 1.0 release. When 1.0 came out... it had changed. I didn't like it. It was hard to describe why I didn't like it. It had definitely gotten more complex and I just had a hard time wrapping my head around it.

But some friends I admire were doing some good things with it and PhoneGap (see Holly's post: Quick Start Guide to PhoneGap+AngularJS) so I thought it might be time to bite the bullet and really take a look at it again. Here are some random notes.

As I said above, I worked on a small project while I was learning AngularJS. I do not believe this is the most appropriate use of AngularJS, and to be clear, I wouldn't even pretend this is a good example. But I want to use this application for something else I've got planned as well so I thought I'd share. When I first learned Flex Mobile, I built an application called INeedIt. (You can still install it here.) INeedIt was based on a simple idea. You are in a strange city and need... something. An ATM, a barber, or heck, an amusement park. The application would make use of Google's Places API to provide you a list of businesses that meet that need.

I built this in Flex Mobile as an excuse to play with it, but obviously, this doesn't need Flex. This doesn't even need PhoneGap. All it does is fire off a Geolocation call and then make use of the API. So I rebuilt it in pure HTML. I used Ratchet for the UI. Here it is in the iPhone. The list of services comes from the API and is pretty extensive. This screen is shown after a loading screen tells you that it is finding your location. 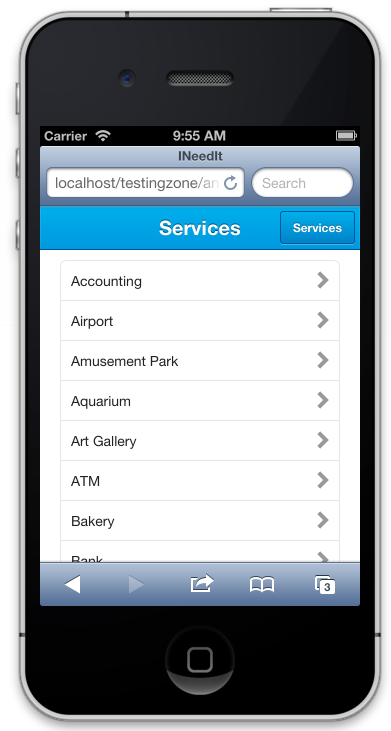 Once you select a service type, Google will then tell you what businesses it knows about within a range (in my case, 2000 meters). 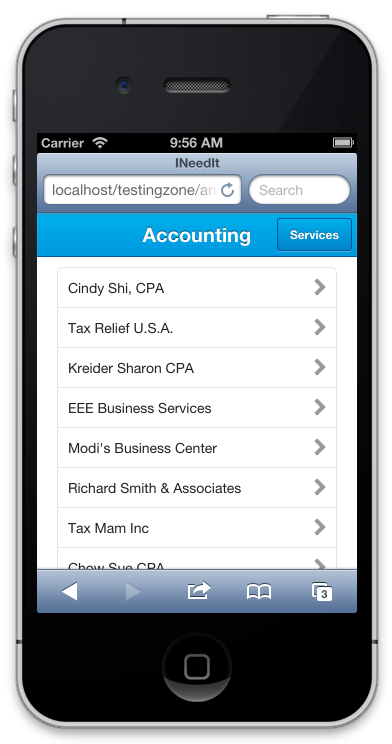 Finally, you can see details about a business. Google's API actually returns quite a bit of data. This sometimes includes a rating and open hours. I went with a simple view of the address and a call to the static maps API. In the Flex Mobile one I actually included driving directions. I was being lazy so I didn't go that far. 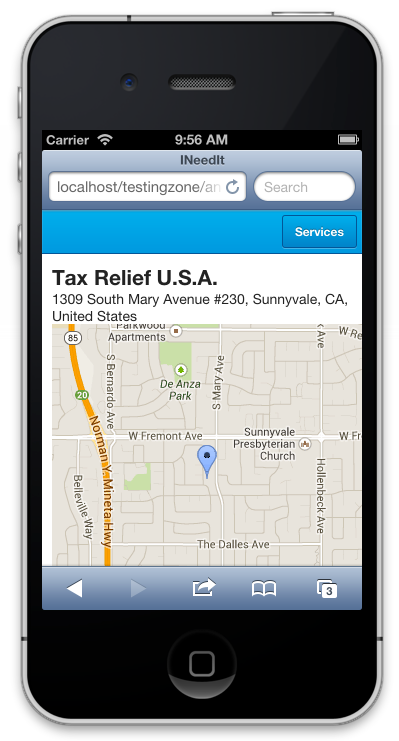 The demo is still a bit wonky in places. I didn't include a back button to go back to the results. But it works. You can see this yourself online here: http://www.raymondcamden.com/demos/2014/jan/14/v4/app. I encourage you to view source and see how it was implemented, just keep in mind that this shouldn't be considered "Best Practice" AngularJS code.

Hi Raymond, just went through your post - I like it. You coming back to Angularjs after like 2 years is encouraging as I just started looking into the framework not quite long ago myself. I must admit a slightly opinionated framework is more desirable sometimes.

You hinted on the source of your little app, do you have that somewhere? Thank you.

Just view source. :) Use dev tools to fetch the JS files. If you *really* want it all I can zip it.

Already did that. Thanks. :)

You can try "Angular Light", it is easier than "Angular.js" but it has the same power.

If you have the zip that would be tremendous.

Heloo Raymond i am developing mobile app in mvc architecture, using Angular jjs , do you have any demo relate that ? if you have please post me here or on my mail id, Thank You , I am waiting for your kind reply

I haven't built a mobile app yet - but others have. Check out Holly's blog: http://devgirl.org.

oh ok fine i will check out , thanks