Here are my resolutions for the new year. It isn't a long list so I have some chance of achieving my goals but I reserve the right to pretend like I never wrote this post approximately five minutes after posting it.

I think that's it. As I said, not a long list, but hopefully one I can actually achieve. I hope everyone has a great 2014! 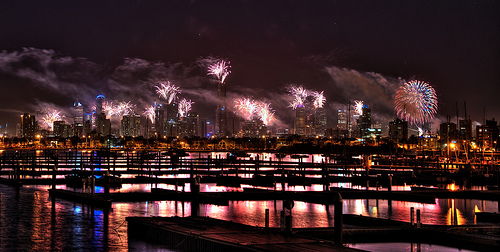 Scrivener. Give it a try and you can find coupons (especially around November). My goal this year is to kick out a fan fiction story.

And hangouts - I find it extremely confusing, especially with the constant zooming in and out to switch between those talking (not to mention that this makes me seasick as well). Its hard when I'm trying to lipread someone and then the camera shifts over while the person I'm trying to understand is still talking.

Lola, I never even though about the deaf. Of course, I don't display my face in these things so I assume you probably do *not* attend my normal online presos (although I've done some that are mostly text).

"If I can run an hour long session at lunch on Friday..."

That would be great! I've become a lone wolf in my programming.