I've had a PS3 now for... I think almost two years. In that time though I don't think I've played one complete game. It's not that I disliked the PS3, but the games I cared for were on XBox as well and I just never really felt compelled to pick anything up specifically for the console. I did use it for blu rays, but now I'm moving exclusively to iTunes for movie purchases so even that was a use case that was going away for me. With all that said, I felt a bit under-motivated lately when it came to video games. I had played the new Battlefield and COD recently, but I just wasn't excited about anything in particular the last few fews. (I know, totally a first world problem, right?)

With all that being said, after recently helping someone out with a technical problem, I asked him to pick up "The Last of Us" from my wish list when he asked how he could say thanks. I had heard good things about it and with it being a PS3 exclusive I thought it might be a good opportunity to actually play a game on the console. 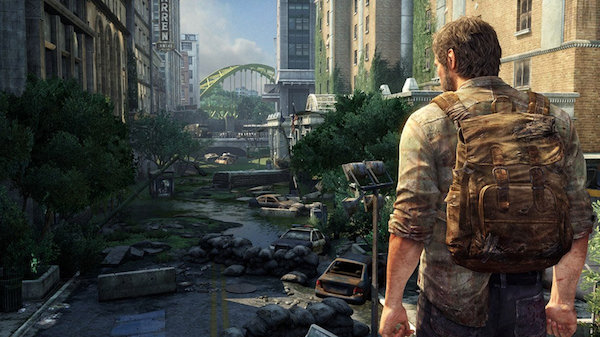 Going into it, all I knew was that it was a good game, and a zombie game. I suppose, technically, you could call it a zombie game, but that's pretty far from the truth. The game is set about 20 or so years after an outbreak. The world isn't totally destroyed - the military still has safe zones to try to protect people from what are called the Infected, but most of the country is pretty bad off. You play the role of a man who has suffered great loss, but has managed to make a life for himself in the new world. The game revolves around you escorting a young girl to a safe location across the country.

The visuals in the game are incredible. This is an America that has gone wild over the past few decades. Wildlife has taken over the cities and buildings are crumbling down. More than once I found myself just looking around at the environment and appreciating the level of detail that went into the game. 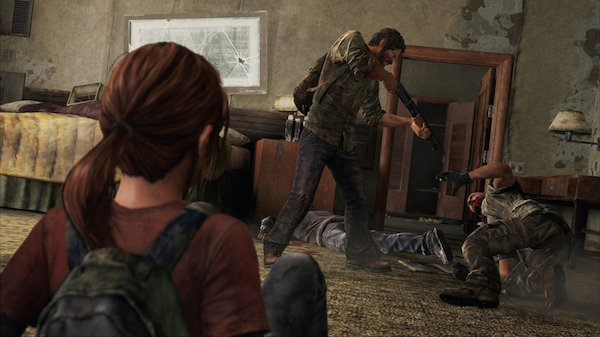 Of course, it wouldn't be much of a game without a bit of action. You find yourself fighting not only the Infected but humans as well. Combat is very well done. In a way it is a bit like Gears of War - there are "encounters" where once you've cleared out a zone you know it is safe to proceed. These encounters also restart if you die. The fights are brutal. Seriously brutal. I saw some deaths that were pretty damn shocking in terms of the level of violence. There's a great mix of strategy and stealth here that works out well. Typically I'm more of a "run and gun" type guy but I really enjoyed the combat. I had some difficulties with the controls at first, but I chalk that up more to me just not being familiar with the PS3 controller.

But above all this is the story. From beginning to end the story is gripping, dramatic, and best of all - unique. This is so far away from a "zombie story" that you should really just forget that aspect of it at all. The ending, especially, was incredibly well done. I was asked by a friend if I thought it was better than the ending to "Bioshock Infinite", and I think it may be. (See my note at the end.) I don't want to give anything away, but the ending - in tone - is completely opposite of what you get in most games.

One more small little thing I liked. At one point I got stuck. I was in a flooded basement of an abandoned building and was lost as to where to go. After a few minutes I was considering just giving up for the night and trying again the next day when all of a sudden the game took pity on me and told me exactly where to go. This happened a few times and frankly I'm happy the game took pity on me.

Next up for me is Uncharted 2. Before I wrap up what should be me last video game post of the year, I have to say that this was probably the best year in gaming I've seen. Between "Bioshock Infinite", "The Last of Us", and the new "Tomb Raider", I'm really impressed with how deep, unique, and just how strong the medium is becoming. I hope the trend continues for next year.

Uncharted 2? No, don't bother. Play through inFamous 1,2 instead :-p

I already own it (was a gift) and played the intro. Seemed kinda cool.