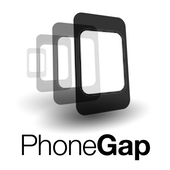 Just a quick post to point out this PhoneGap 3.0 FAQ posted by the team: PhoneGap 3.0 FAQ I want to add one quick note to this FAQ. One of the questions deals with Node.js and how it is a "mandatory requirement." I think it should be noted that while Node is used behind the scenes, there is absolutely nothing that you - as a developer - need to know about Node. Yes, you're going to install it, but you don't have to actually learn how to use it. You can install it and forget it (for the most part). The only exception I'd make to that is that you're going to want to know how to update the CLI at some point. That is typically done via: npm update -g phonegap.

Anyway - maybe I'm being too sensitive here, but I wanted folks who are considering PhoneGap to not be scared away thinking that there were multiple different things they would need to know beforehand. (Although if it isn't clear yet, I'm somewhat of a Node fanboy and recommend you learn it anyway!)