I'm a day late for this, but I wanted to ensure my readers saw the Firefox OS announcement yesterday: 5 Ways to Spread the Word About Firefox OS. Firefox OS is a mobile operating system created by the Mozilla organization. This has been in development for some time now, but later this month will see the launch of consumer devices. Firefox OS is a completely web-standards based operating system. That means everything from fart apps (do they still even exist?) to the dialer are built with HTML, JavaScript, and CSS.

I got a chance to play with a developer phone a few months ago and it looked pretty good. These devices are initially targeting geographic regions underserved by other phone manufacturers currently. The devices are meant to be affordable, not bleeding edge, but the one I played with seemed great.

The FAQ does a great job explaining FF OS and how it differs:

What is Firefox OS?
Backed by some of the biggest names in the industry, Firefox OS is a new open operating system for smartphones developed by Mozilla. Built entirely using HTML5 and other open Web standards, Firefox OS is free from the rules and restrictions of existing proprietary platforms.

How is Firefox OS different from other operating systems?
Firefox OS is the only operating system with Adaptive App Search. While every other phone today is static, giving you the exact same apps each time you turn it on, Firefox OS is always changing to offer exactly the apps you need at any moment in your life. It adapts so you can live every moment to its fullest.

Firefox OS is brought to you by Mozilla, a global nonprofit organization that emphasizes principle over profit. We believe that the Web is a shared public resource to be cared for, not a commodity to be sold. We work with a worldwide community to create open source products like Mozilla Firefox and to innovate for the benefit of the individual and the betterment of the Web. The result is great products built by passionate people and better choices for everyone.

You can test out FF OS easily enough using a Firefox add-on. Addy Osmani has a great article talking about this: Building Apps for Firefox OS, Chrome OS, and The Web. I tested out the Yeoman generator and can verify that it works, but you need to modify the base paths in manifest.webapp.

Honestly - I have no idea how successful Firefox OS will be - but it is an impressive idea and one with a good heart as well. Have any of my readers started playing with it yet? 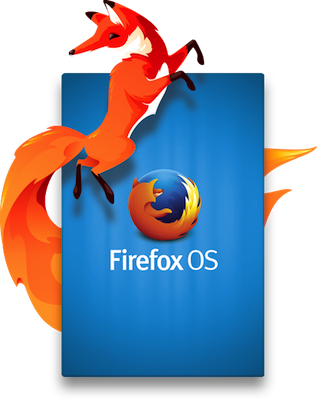