I've been a gamer for a long time (Atari 2600 anyone?) but I've never played Tomb Raider. For a series that has been around for as long as it has, I've avoided it (outside of trying a demo once) for two reasons. First, the puzzles always seemed to be a bit too complex. Second, I'm not a big fan of games that require absolute precise actions. I had a copy of Assassin's Creed a few years back and I kid you not - after 30 minutes I popped it out and never played it again. (I ended up giving it to someone else though so it wasn't wasted.) I like my action games to be more "run and dumb" since I've got enough stress in my life without video games adding to it.

After I heard Brian Rinaldi praise the game I thought - maybe it was time to check it out. I also asked him specifically about how "delicate" the game play was and he assured me it wasn't too tough. A reader graciously sent me a copy via my Amazon wishlist a week or so ago and I pretty much played it every free moment I had since then. On Friday I finished it, but I'll be playing it more to get to 100% - just to give you an idea of how enjoyable it is.

Right from the beginning you can see that the game is beautiful. Every scene, every area, everything is just damn beautiful. I'd definitely place it up there with Skyrim in terms of graphical quality, maybe even a bit higher as I think there was more variety in Tomb Raider. 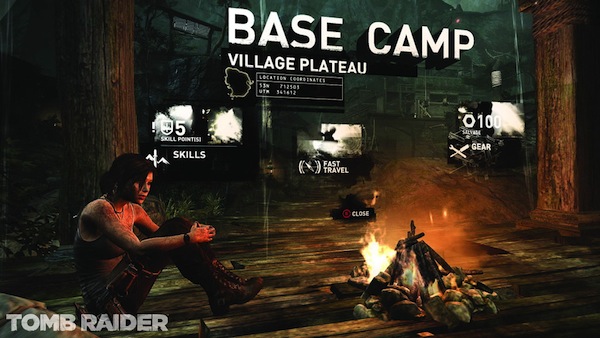 Game play is - as Brian told me - not difficult at all. Of course, I played on the lowest difficulty, but I found almost every jump/grab/etc to be somewhat easy to do. At the same time, your stomach tends to clench up as you see yourself jumping across a chasm. I typically only screwed up these parts of the game when I didn't pay attention. It was rare for me to miss a jump, but as I said, it still felt pretty damn intense. 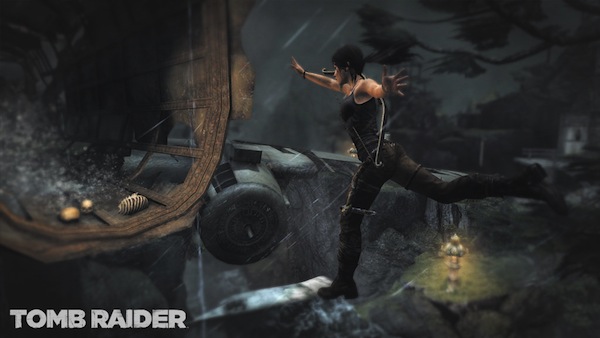 Not having played Tomb Raider in the past, I don't know how much combat was a part of the game, but I really enjoyed the fighting. It was visceral, intense, and bloody. The enemy AI was a disappointment at times. I mean, on one hand they correctly handle the fact that if you kill a guy in front of another, he will react. Cool. On the other hand, if you killed someone ten feet away and his buddy didn't notice, he could literally turn around, see the corpse, and just carry on as normal. 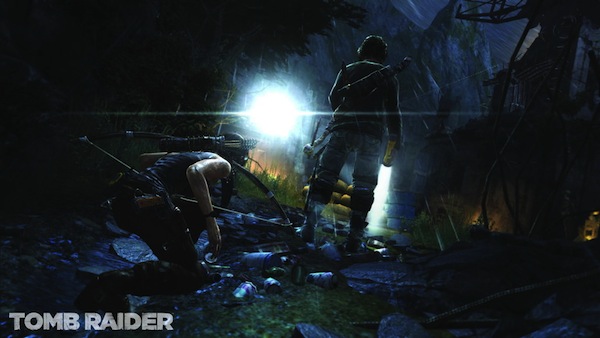 What surprised me was the lack of puzzle solving. As you play, you run across tombs that are clearly marked optional. If you choose to skip these, you miss nothing, outside of the resultant experience points. I was surprised they didn't require some puzzle solving as I had always heard that was a big part of the Tomb Raider genre. I always did them when the opportunity arose and found them to be just about the right level of difficulty. None required precision reflexes and mentally they were slightly challenging but not stressful.

The best part of this game though is the story. This is - easily - one of the best written games I've ever played. As this is meant to be an origin story, Lara does not start off as a bad ass. She starts weak, ignorant, and scared. As she is pushed around, shot at, and almost killed multiple times, she grows, quickly, into a hero. The progression is well done and really connects you to the character. There is a scene towards the end where Lara passes by a mirror and is shocked by how much she is changed. It is a stark, quiet moment in the game.

There is a strong "Lost" vibe to the game. The Island is mysterious and seems to have a life of its own. Like the TV show, there is a long history here with ruins/remains of various groups. I kept expecting to see a Dharma logo hidden away.

Anyway, I definitely recommend it, and if you pick it up from the link below I get a little kick back.

I've heard so many good things about that game! I love the TR series and have played through all of them except the embarrassingly buggy Angel of Darkness (I tried, but the bugs were so bad that at one point you just couldn't finish it ever). The new TR is on my list of first games to buy when I get my PS3 in a few months :-D

I usually only play sports games (and worms 2) and I actually decided to give this game a try myself and I found that I loved it. Don't think I ever played a tomb raider game before but I enjoyed this immensely. Can't recommend it enough.

Glad you ended up enjoying it so much! Honestly, it is probably one of my favorite games of this console generation (the others being Skyrim and Bioshock). The action sequences are a totally new thing to TR - older games did not do this well. I found a few of the tomb puzzles a little complicated but there weren't any frustrating moments as in TR games past. I've also been trying the multiplayer. It's not the highlight of the game for sure but its not bad either.

(Yes, I could Google this.) What exactly is the MP game? Combat only I assume?

It is good. Enough for more than 3.4M in sales in 4 weeks. Sadly not up to Squeenix's expectations.

Best part of completing it is to go collection for the 100%. ANd you tend to find bad things you missed on the first play-through. And yes I also did a tomb - after you said they were not that hard I gave on on the Coastal Forest a go again. Eureka!