Ten years ago today this little blog of mine launched with a simple Welcome post. I started this blog with the intent of sharing knowledge and random things I thought were "cool." In the past ten years there have been...

The post with the most comments (972!) was an entry on iPhone iOS 2 written back in 2008. My most popular entry based on views was one on Subclipse and Subversion (both things I don't use anymore).

When I started this blog, I worked for Mindseye, a web shop out of Boston now defunct. After that I spent some time at roundpeg as a VP of Technology (guess what - I suck at management), ran my own little shop for a while (guess what - I suck at business development), joined a startup (Broadchoice, where I worked with the smartest developers on the planet), returned to my own company (by way of the startup crashing), landed at FirstComp as a senior dev, and then finally found my way to Adobe.

I've spent most of the past ten years focused on server-side technology. The past few years though I've shifted to the client side. As I've seen HTML, JavaScript, and CSS grow at a phenomenal rate (sometimes roughly), I've been enjoying writing (and presenting) about how this can help developers build new and more powerful web-based experiences.

I've been incredibly lucky in my career. I've also been lucky to have a great "community" here (hell, I even have a troll).

Will this blog still exist in ten years? I have no idea. But it's going to be fun getting there!

For your enjoyment, here are some screen shots of the blog (via the Wayback Machine). I've got a new blog design chosen and hope to launch it next month. Click on the screen shots below for a larger version.

Pre-blog but a great example of what happens when I design. (No larger version for this one.) 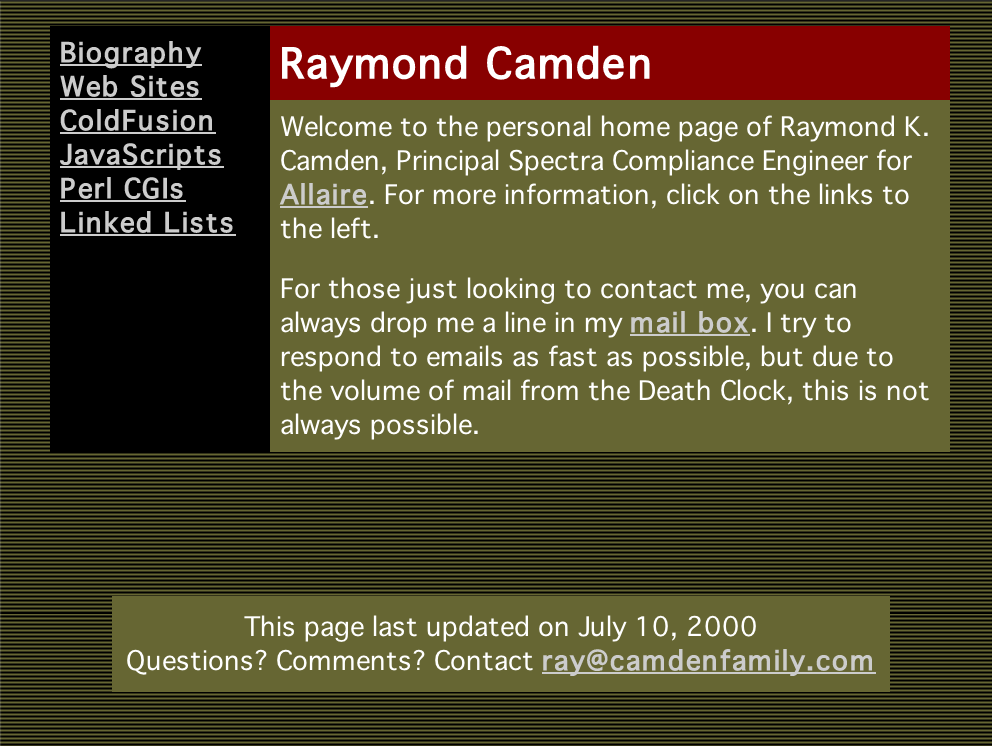 This - as far as I know - was my original design. I didn't create this design, but I certainly don't remember where I got it. I think from a Wordpress demo. Anyway, make note of the Royale entry. This was Flex before it was Flex. 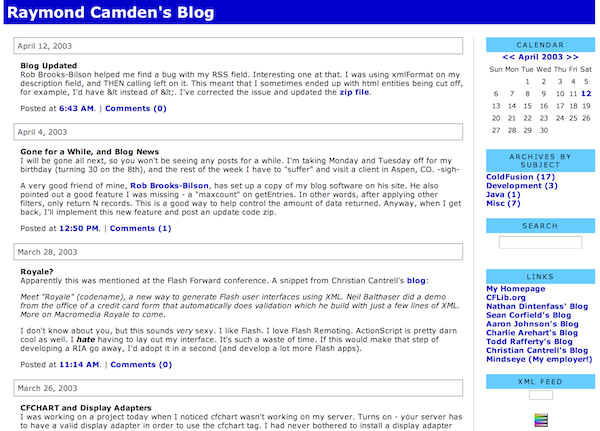 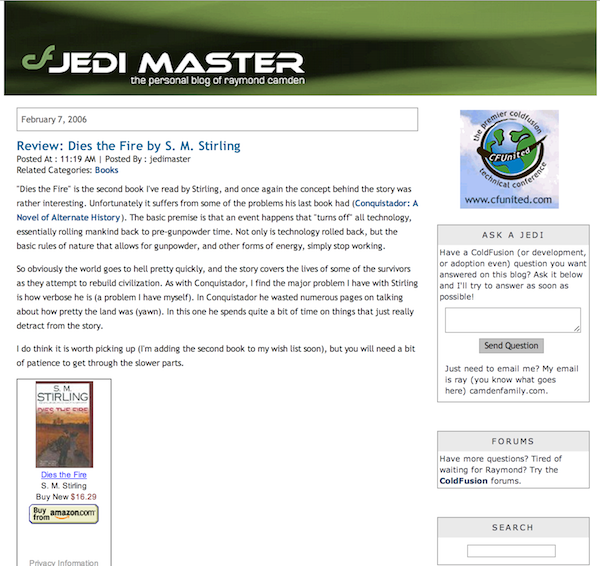 The "big ass green header" begins. Also note the link to my Amazon wishlist. Did I mention I have a wishlist? I do! You can find it here. 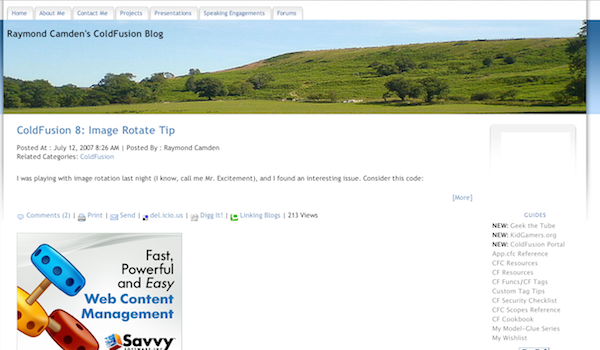 Bring on 2008. Note the entry on CFGRID. The amount of questions I got on CF UI stuff (from Flash Forms to CFCHART to Ajaxy stuff) is incredible. I had to eventually ask people to stop sending questions on Flash Forms. I'm near doing that for the Ajax UI stuff as well. 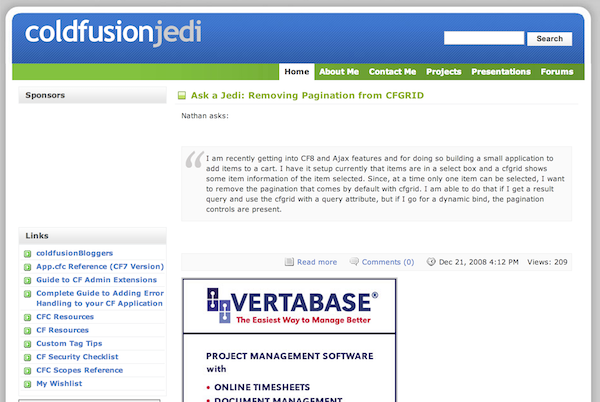 And here is my last design - more big green top. (Did I mention my favorite color is green?) I'm still talking about Eclipse here (blech) and mentioning my acceptance to MAX 2011. I've spoken at every singe DevCon and MAX except one. I've got two sessions for MAX 2013. 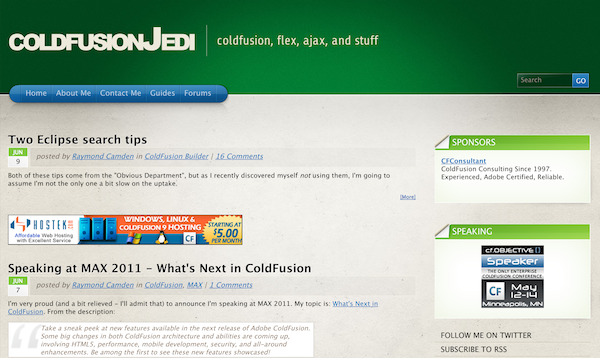 For folks curious about my next theme, you can see it here. I normally save my redesigns as a surprise, but as it may take me longer to get to it than expected, I figured why not share it. It is fully responsive, which means I'll be removing the jQuery Mobile "sub site". It has worked fine for me in general but I think a responsive design will work better for my blog.

Anyway, thanks for coming along for the ride!

p.s. I actually wrote this on Sunday. Today is Mardi Gras and I hope to be having too much fun to be writing. ;)