In Europe? Close to Europe? Want to go Europe? (Who doesn't?) Scotch on the Rocks is going to tour Europe this year hitting Munich, Zurich, Paris, Brussels, Amsterdam, and London starting May 21. You can find more information at the web site: ColdFusion Scotch on the Rocks 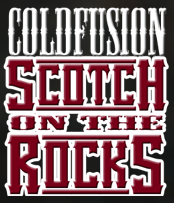 Are those topics mostly final?

To be honest, the events sound like a rather bland straight-forward CF10 promotion event so far. Something Adobe usually promotes through the local CFUGs (e.g., back when they were promoting CF9) rather than using a larger event's name.

Not sure if London will have anything to make up for that, but I would have rather spent money on a full-blown conference event, where Adobe simply gets a couple of prime session slots because they're a major sponsor that year.

These events _are_ with UGs, as far as I know. And I don't believe there is a price at all. (Don't quote me on that.)

The traveling events don't seem to have a price attached, but most Adobe promotion events in cooperation with UGs usually don't.

What I meant is how the name of a larger conference seems rather out of place when used with something like that, especially because of what the name would usually imply.

So you think this is not worthy of the name? I don't know. Obviously permission was given. At the end of the day - I hope these events are useful to people. I don't imagine they will appeal to _everyone_ though.

They're simply two different things and in this case it's something which could stand on its own legs without the need for the name.

Is it really that big of a deal to you? It's a ColdFusion tour. It's coming to multiple cities. Can we focus on the positive here?

It looks like a good opportunity to learn lots about CF10,
I'm sure the content will be good but it doesn't look like it'll compare to last years event.

There was more to it last year. But I've only been once before, maybe this is more the norm?

Actually you know what I really should have said, thanks to Adobe for keeping it going.

Hopefully they'll be more support in coming years to flesh it out again.

For many different reasons Fuzzy Orange could not have organized a full Scotch On The Rocks conference as planned in March 2012 (believe it or not but they actually do work on projects for customers :-) ).

When Adobe decided to launch a ColdFusion tour in Europe in May (to follow cfObjective conference in Minneapolis), we immediately offered Andy's team to join and co-organize the tour so the community could, in the end, have a small taste of Scotch during the first 2012 semester while waiting for the full conference they are already working on for later in the year.

Conclusion : yes, this is an Adobe ColdFusion tour, organized together with Scotch On The Rocks to bring the conference back on the road just like we did in 2009.

One last thing about London : as much as would have loved to have it ready yet, the olympics in London, combined with logistics issues we have, make it impossible to give more details for now. But we are working hard on getting things done very quickly.