Yesterday I was honored to speak at the mobile workshop put on by Adobe Creative Suite User Group of San Jose. It was a great crowd of folks and a lot of interesting discussions came up. I was only able to attend one session besides my own, a talk on HTML5 given by Kevin Ruse (who is a damn good presenter by the way). During his talk I noticed some interesting questions/comments from the crowd that I thought I'd share here and see what folks think.

First off - Kevin had to spend time explaining exactly what HTML5 is. I wonder how long we're going to have to do that? I also wonder how important it is? As an example - some folks were surprised to hear that Geolocation is not part of HTML5. Hell, there's even a site for that:http://isgeolocationpartofhtml5.com/ 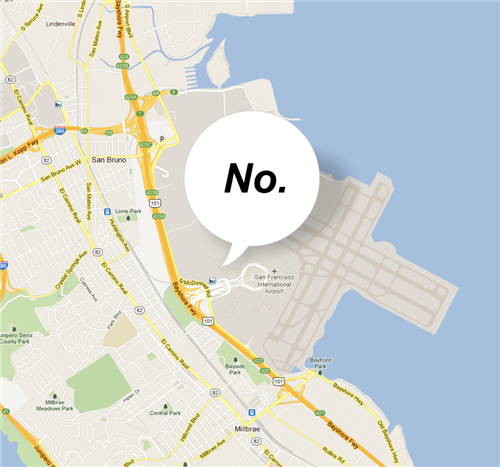 I have to question though how important this is. If a client came to me asking for a site and said she wanted to go full force HTML5, and then mentioned Geolocation, am I really going to get into a fight with her about Geolocation not being HTML5? She should care about what browsers support it, sure, but I have to wonder if it really is such a bad thing that HTML5 seems to be growing into more than just the precise specification. Yes, folks are adding things into the term that go beyond what it actually is, but at the end of the day, we seem to be turning it into a generic term for "Next Gen" web. Personally I'm ok with that. It's far more important to recognize how individual features work across multiple browsers.

Secondly - once again, folks seem enamored of canvas. I know. I need to let go of this. But it really bugs me how much attention that feature gets compared to thinks like data attributes, local storage, geolocation, forms, etc. I wish Kevin had spent a lot less time on this topic and showed folks more of the data centric features. I know canvas demos well, but I'm really itching to see much more focus on the practical aspects of HTML5.

That being said - it was interesting how almost everyone in the room (well, ok, the vocal minority) were surprised that Canvas doesn't support real "objects". One person made the comment that they would have assumed that lines and shapes drawn within a context would have naturally been part of the DOM. Another person mentioned how - in some ways - this drawing API is not much better than code from 15 or so years ago. That may or may not be fair. There's definitely real good libraries that give you the ability to work with shapes in a Flash like manner (i.e., detecting clicks within them, collisions, etc), but you could almost feel the surprised disappointment in the audience over the shortcomings of canvas.

All in all - it was cool to see folks so interested. I've got an HTML5 presentation myself. It hasn't been updated in a while, but I think I may take it out, update it a bit, and see if I can present it sometime soon.