This recently came up on cf-talk and I thought I'd share the idea here as well. A poster to cf-talk had an issue where he was given an extremely large code base with lots of errors in it. In his case, the errors were compile time base - things that would immediately throw an error when loaded by ColdFusion. (For an example of compile time versus run time errors, see the very end of this post.) His particular error was consistent - bad use of pound signs, so perhaps something like this.

Or less obvious, but still an error...

So - the discussion on cf-talk mainly centered around how to use regular expressions to dig into the code base and find these out. I recommended another approach though - the ColdFusion Administrator's Code Analyzer. 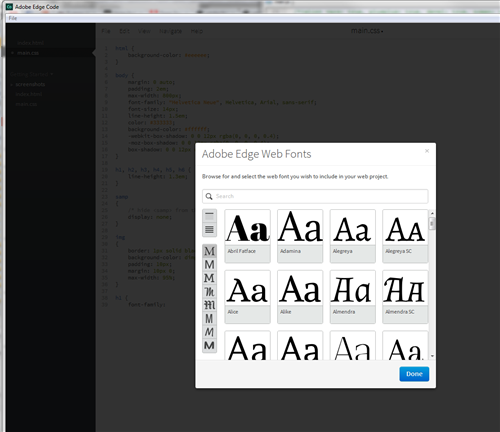 This is a tool not many people make use of - and frankly - it's a bit rusty. But it does work and can actually find syntax errors like described above. On the flip side it does seem to find many false positives. So if you use isNull for example, it warns you that in ColdFusion 9 isNull was added as a built in function. It assumes you wrote your own UDF and there will be a conflict. Unfortunately there is no way to turn that off unless you simply don't check for isNull. Let's look at how you would do that, and even better, how to make the Code Analyzer simply focus on errors. Click the Advanced Options button first. 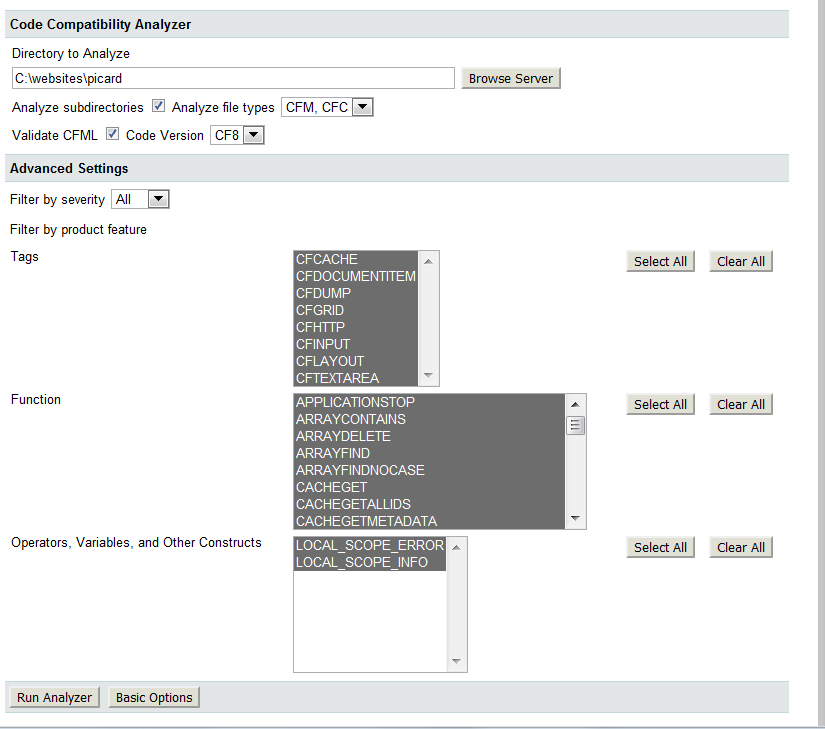 Notice the Filter by Severity drop down. This allows you to focus on errors. You can look at the other options if you want, but you probably just want to leave these be. In my earlier tests, the one where isNull kept popping up and I knew it wasn't an error, I just deselected isNull in the function drop down. Here's a screen shot from a parse of my system. 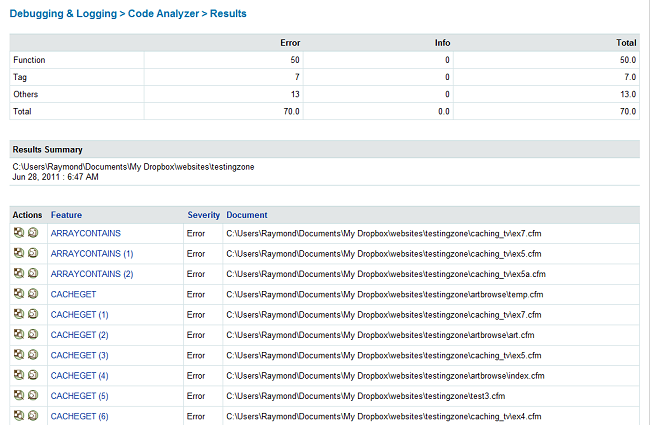 Another option, mentioned by Peter Boughton on the cf-talk list, is to use cfcompile. This is a command line tool so you won't get the pretty list of results, but it's another option.

I'm doing something similar. I'm actually using the cfcompile.bat batch file to precompile an entire folder. It will reveal files with errors, though not a lot of detail. I have to go run the actual file (even if it's an MVC view file I would never access directly) to get the true compile error.

But it has been invaluable.

I think this is a hugely underrated tool in the CF Admin. It has saved me tons of work every time I needed to upgrade a large site (or any site) to a newer version of ColdFusion. I have found that there is a limit to how much code it can handle. But that limit is far beyond most sites.

If this had some sort of API, we could use it as part of our build process - where this would really come in handy and we could enforce standards. But a good tip nonetheless.

Good tool, but why does it compare the code to CF8?
I'm getting a lot of errors because of ORM functions

I honestly don't know. It needs to be updated.