So, a warning. If you can't tell by the title, this is an off topic post. It is also an emotional one. I expect many people to a) not care or b) not agree, and that's fine, but as I've had some people complain before when I go into politics, I just want to start off with a warning. If you keep reading, well, you've been warned. 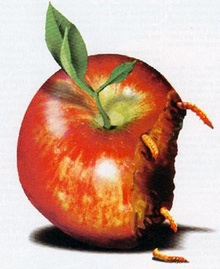 I am not a smart person. I'm reasonable quick with code and have a firm grasp on Star Wars trivia. But when it comes to matters of businesses and corporations, I don't pretend I can come even close to understanding the needs and desires they have to be attuned to. I do have some thoughts on the recent Apple licensing changes.

You are allowed to be dumb

At the end of the day, I truly believe that the folks should be free to do as they wish. That applies to companies as well. If you aren't harming someone else, I don't think the government needs to get involved. Yeah, there are a lot of special exceptions. My main point is - while I may hate what Apple is doing now, I think they have every right to do so. A lot of what Microsoft was accused of also seemed OK in my book. I never understood why people felt they were locked into Microsoft OSes. Yes, it may have been hard to switch. Life isn't easy. Switching to UNIX is hard. If you don't like it, use Windows or a Mac. Ditto for record companies. Do they really need to treat their customers like criminals? Nope. But they do anyway. Part of me gets a little ticked off every time I see the FBI warning in front of a DVD I legally purchased. But I deal. Frankly I'd rather our government focus on other problems than spend time wondering if Microsoft is being anti-competitive. (1) I can, and will, vote with my money. If something annoys me a little bit. I get over it. If something annoys me a lot, I walk.

As mad as I was at Apple this week, and still am, they aren't evil. Microsoft isn't evil. Google isn't evil. Let's all get a grip folks. Evil is the holocaust. Evil is rape. I do find it a bit funny/sad that the same company that accused (indirectly) Microsoft of being an evil Big Brother is now acting pretty damn fiendishly itself.

I will accuse them of straight out lying. The blocking of Flash has nothing to do with performance and everything to do with app store lockin (imho). The blocking of Flash and other tools to create native apps has nothing to do with performance or quality either. Even if so, you know what's worse than a poorly performing application that fills need X? No application. Oh - and anyone remember Google Voice? The "we didn't block them" statement to the FCC I believe? What's going on with that? Sure is taking a long time to get approved.

None of these blog posts or tweets are going to do a thing. Apple won't care. The anger will not register one blip on the masses just like any of the other things we've gotten riled up in the past over. Does it mean we should shut up? No. I'm not going to for sure. (Although I'll try to leave the rest of the rants to Twitter.)

Apple is going to continue to make butt loads of money. They make extremely nice products. Shoot, the mere fact that they thought to ship iPods with the batteries charge speaks volumes about the thinking they do.

That being said, I'm beginning to think that instead of treating the consumer as a king they are treating us like a child. This quote from the last meeting was telling:

I switched to Apple because I wanted something different. I was tired of Windows slowing to a crawl after a day. I was tired of registry bulk. Working on a Mac made me happy. Was it faster? I don't know and don't care. I use a computer for 8-10 hours a day over 6-7 days a week. If I'm happier, I don't mind paying more. I don't think thats crazy, is it? But nothing I've seen lately has made me happy. I probably, well, most likely, was drinking the Mac koolaid a bit too much. I certainly knew Apple was a corporation just like any other, but maybe I expected a bit too much.

I can say right now (and I'll be honest, I'm being emotional here and I may change my mind), that Apple is not getting any more of my money. That won't matter one fly turd to Apple's bottom line. But I'll also not be telling any of my friends to buy Macs either. I know of at least 2 purchases I helped someone make, and going forward, I won't be recommending them anymore. So I may have some small impact outside of just my own family. Maybe not. But it will make me happy. Dell, I'll be on the phone with you in a few months.

(1) Small little footnote here and even more off topic. I've always had this unrealistic idea that our government - during times of war - and we are at war, right? should spend absolutely zero time working on any legislation. The entire Congress should focus on one thing. Ending the war. Period. No health care debate. No tax bills. Nothing. Screw that. We've got men and women putting their life at risk? I think we can stand to be inconvenienced while our government focuses on bringing them home. You don't do your taxes while your house is on fire. Yeah, I know, unrealistic, but there ya go.