Ok, so I'm a bit of a Star Wars nut and I may not be the best person to write an objective review of a Star Wars game, but I have to say Star Wars: The Force Unleashed (TFU) is easily one of the best Star Wars games I've played, and the best on the latest generation video game consoles. Read on for more...

So let's start by talking about what's really good about this game as there is quite a bit to cover. What impressed me right away was the graphics. While not the best I've seen (Bioshock still holds that award in my opinion), the details were amazing and very creative. While some levels come from classic, already seen worlds, others are brand new and really add to the SW universe. My favorite level was the Death Star. The designers did a great job with invoking the size and mood from the first movie. 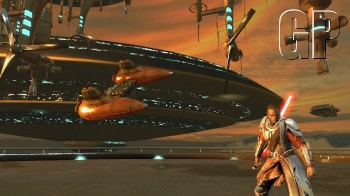 How about game play? The developers of TFU liked to talk about how the big focus of the game were the force powers. I was a bit concerned about this. I mean sure, it looked good, but how would it work? I remember playing Jedi Knight a few years ago. That was a fun game, but it had a fatal flaw. As soon as I learned the Grip force power, I was unbeatable. How? I'd run into an enemy - pick him up - and either fling him against a wall or drop him off a cliff. So battles typically started and ended with me simply picking up each and every bad guy and just dropping them at the nearest crevice, cliff, or wall. While funny at first, it quickly got boring. Sure I could have stopped using the power, but the temptation was too much to avoid.

TFU handles this in a perfect way I think. Yes - you do have incredible powers. You start off as a pretty powerful guy and grow in strength throughout the entire game. The game achieves balance, though, by overwhelming you with both the amount of enemies and their tactics. So what about my 'pluck and drop' strategy? I was able to use it, but only when a few enemies were on screen. The bad guys would often overwhelm me and knock me back. I could use my force lightning to attack an AT-ST, but doing so left me open to attacks from ground troops. This is probably the game's strongest aspect and will make me play it again and again. While I could act like the super bad ass I knew I was, I had to be careful if I wanted to survive. 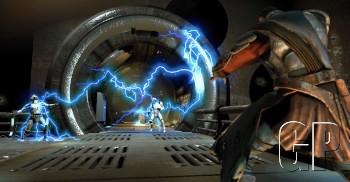 Now - the story. This is a bit delicate as I don't want to spoil anything. I'll try not to, but if you know nothing of the story you may want to skip this paragraph completely. I had avoided most of the details of the game so I was pleasantly surprised, and I don't want to ruin that for you. But I'll try to avoid any particular spoilers. The story was very well done. You get a glimpse into early Rebel Alliance history, which as far as I know hasn't been explored much. (At least not in what I've read.) What you learn is actually a bit startling. I jokingly called it the DaVinci Code of the Star Wars story. While it isn't quite that shocking, I was truly surprised and impressed with the game's story. I won't say anymore, and I'd ask that any commenters respect that, but to me, the entire history of the Star Wars universe is deeper and I respect the game for that. 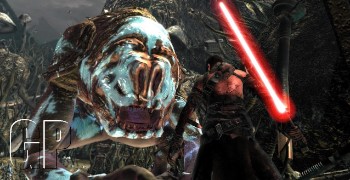 So is the game perfect? Heh, well, nothing is perfect, and TFU certainly has a few warts. I know Brian Rinaldi has talked about the camera issues. I didn't find the camera horrible, but it did screw up more than once. It would also oddly zoom out. My first battle with a Jedi was me looking at one small guy from a mile away fighting another small guy a mile away. This only cropped up a few times though so I can live with it.

The game also had odd bugs and crashes. Now - I know this is not totally unusual for the XBOX 360 (although my Atari 2600 never crashed thank you very much), but it does seem like as if the platform has been rather stable lately - game wise. My game froze once and twice ran into glitches where my character would 'teleport' into some nether region I couldn't move in. This could be fixed by updates later on so I'm not too concerned.

The last thing I'll mention is a personal feeling and folks may disagree with me. This is my biggest beef. I'm sick and tired of "button mashing mini games". You know the "Hit A now. Hit B now. Etc". I still remember being shocked by Mass Effect's use of it. I was expecting it here since the demo had it, but I was still disappointed. Let me explain why. Your battling a Jedi and about to kill him. It's incredibly dramatic as you begin to kick some major Jedi behind. And then all of a sudden - you have to focus 100% of your attention to the bottom of your screen and ensure you hit A, B, etc at the right time. It basically made me wish I was watching the game instead of playing it. If a game makes you wish that - then it's made a serious mistake. I was able to watch - kinda - some of these scenes and they were truly awesome. I just wish I could have watched them completely. Why not just pause the game - let me do the silly button clicking, and then show the end game? (A friend of mine suggested that - I can't take credit for it.) Why do developers add this? I mean, it makes sense in DDR. It makes sense in Guitar Hero. But I wish this type of minigame would be banned from anything else.

So all in all - I loved it. The KOTOR games were certainly good - but I find the ancient history of Star Wars to be... meh. I didn't dislike it, but nothing holds me like the Classic timeline and this was - for all intents and purposes - the same period. You blow up TIEs, AT-STs, and Star Destroyers. You get to see the Death Star, the Executor (still my absolute favorite vehicle in Sci Fi), and other classic images so for me it was a complete and utter nerd-gasm. Obviously - I give this game a definite recommendation!