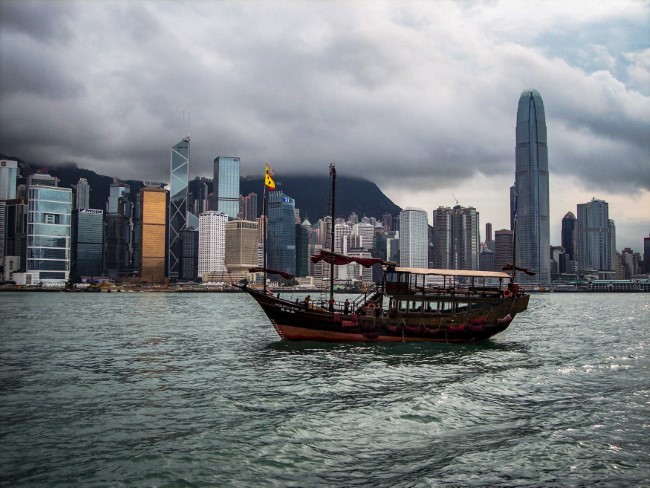 As a young kid, I spent a hell of a lot of time on my Apple 2. I played many different games, but one of my favorite was Taipan!.

Taipan was a basic trade simulator based in the far east. You had a ship with storage capacity and would buy and sell goods across multiple ports. The game had basic combat, a money lender, and other details to make things interesting, but for me, my enjoyment came from pure grinding. I'd play it for a few hours at night just to see how much money I could make. (Of course, once I found the money lender bug it became trivial to get rich.)

As part of my basic "get more experience with Vue apps" goal this year, I decided to rebuild the game (to the best of my ability) using, of course, Vue.js. I didn't want an exact rebuild though and in my version I made a few changes.

That's pretty much it but there's a few other smaller mods as well. My game feels quite a bit more snappy and quick compared to the original which feeds into how I enjoyed playing it.

I also tried to make use of the keyboard as much as possible. You can read about my work in that area here: Working with the Keyboard in your Vue App. I didn't make everything keyboard accessible, but navigation from port to port can be done entirely by keyboard and while playing it felt like a really good setup. So before I get into the code, if you want to give it a try, you can play here:

And you can view the source code here:

Alright, so let's take a look at the code a bit. I'm not going to go over every single line, but rather talk about the more interesting bits (to me) at a high level.

Taipan makes use of both Vue Router and Vuex. My router use wasn't anything special. There's an home route which introduces you to the game. A "setup" route which just asks for your name. Then the game route were most of the work is done. Next is a "travel" route which handles going from one port to another. Finally there's a end of game route which shows your final stats.

My Vuex usage was interesting. As with my Lemonade Stand game, I spent a good amount of time thinking about what should go in my views versus what should go into the store. I definitely think I have a few things in views that should not be there. I think this particular aspect of Vue development is something that will change over the iteration of an application.

Let's look at how gameplay happens. Each turn consists of the following logic.

That "prompts for input" aspect is related to the keyboard. My solution involved showing a menu based on the current 'state' of what you are doing. So initially the state is - show the menu. But if you want to buy something, I switch to another menu prompting you for an amount and good. You can see this in play in the layout for Game.vue.

I moved my a lot of my display stuff into components which lets the layout of this page mainly focus on responding to your inputs. The keyState value is how I handle dynamically changing the current menu. Here's the JavaScript:

That's quite a bit and I apologize. Probably the most interesting aspect is doCommand, where I respond to keyboard events and based on the current state I handle the input. I feel like this could be done better, but for a first draft, I'm happy with it.

One part I'm not happy with is all of the items in computed that simply reach out to the Vuex state and their getters. I know I could use mapState to make it a bit cleaner but I decided to hold off on that for now. (I'm going to force myself to use it in myh next demo.)

Outside of that though most of the code here just handles input and interacts with the store. Here's a quick screen shot of my awesome design.

Let's take a look at Travel.vue. This is an temporary screen you see while moving between ports.

The most interesting aspect of this is the setTimeout in created. The idea is that you enter this view but then move out automatically. Normally this is done in one second, but if a random event happens I delay it to three seconds total so you have time to read what happened. And since a random event could actually end the game for you, I've got some logic in there to move to the end view.

Finally, let's take a look at the store. I'm going to break this up a bit instead of just pasting the entire thing.

My store starts off with various constants that impact game play. You can see the ports (yes, I diverted a bit from the old game), goods, and more. Ports are just names for now, but my intent was to allow for ports to 'favor' certain goods. Goods support a range in which their prices will fall and you can see I marked Spice as illegal, but haven't yet implemented it yet. Finally I've got a random utility function in there, getRandomInt.

Most of this is self explanatory, but note that the last two items, randomMessage and newPortIndex, are only used for the special events that happen when you travel.

Now let's look at the various mutations. First up is bootstrap, which simply sets up things for a new game.

Next is my special event handling:

As you can see, I basically just pick a random number and based on the result, a few different things can happen. One of them (offerUpgrade) will actually trigger when you arrive at the port, not "in transit".

The rest of the mutations are that interesting as the mainly apply goods changes and do repairs or upgrades. In the getters section, I thought these parts were neat.

The gameDate getter is how I handle showing a date that advances month to month and year to year.

The rank getter simply returns a label based on the money you earned. Note that I used comments there to help me read the large numbers. There's an ES proposal for numeric separators that aims to make this easier. So for example, imagine if that last condition was:

Unfortunately this is not supported very well yet. The latest Chrome has it, but not Firefox.

The last interesting bit was handling the cost of ship upgrades:

My goal here was to make it expensive, and progressively so, as you got bigger and bigger. This is something I'd tweak as folks play and provide feedback.

Anyway, I hope this demo is interesting to folks, and as always, I'm very much open to feedback and critiques of my design decisions! Let me know what you think by leaving me a comment below!