Ah, looking at that title there you probably think, "Surely this is a simple matter in Cordova and surely this is Raymond, once again, blogging something is incredibly obvious and simple just to drive people to his Amazon Wishlist." Yep, that's what I thought too. This weekend I began work on a simple little Cordova app for my son. I thought it would be a great blog post too. But while working on it, I ran into an issue with audio recordings that drove me bat-shit crazy for a few hours, so I thought I'd better share so others don't have to bang their heads against the wall too.

Because this problem turned into a royal cluster-you know what, I've decided to blog it about it in detail here and talk about the app itself later this week. For now, consider this use case:

"You want to allow the user to make an audio recording. Later, the user can play that recording." 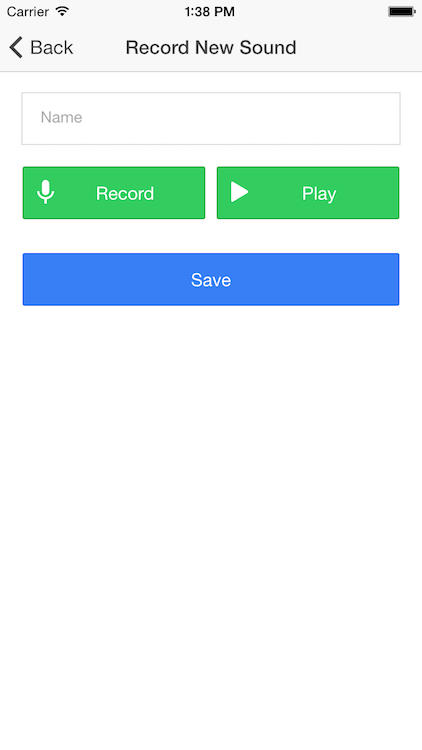 Clicking Record fires off a call to the Media Capture plugin:

This is boiler-plate Media Capture usage here. I'm storing both the URL and file path in $scope so I can save it later. The Play feature is also pretty trivial:

This worked fine in Android and iOS. But I noticed something weird. When I looked at the Media Capture object in captureSuccess, I saw this in Android:

See the portion I called out there? Persistent. Cool. That gives me the warm fuzzies. However, in iOS, I saw this:

As you can see, it is being stored in a temporary location, which is not good. Unfortunately, there is nothing in the Media Capture plugin that you can change to modify this behavior. Therefore - the answer was clear. 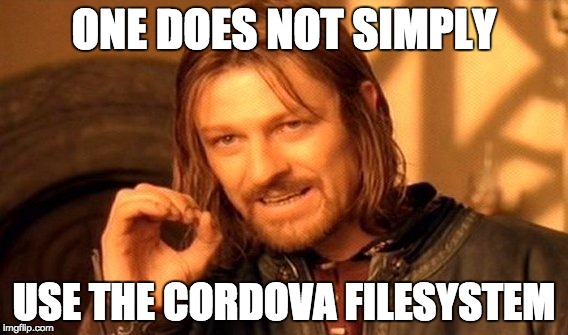 So in theory, this should be easy. First, we pick a persistent location that covers both Android and iOS. The File plugin provides such an alias: cordova.file.dataDirectory

We have a folder, right? So literally all we need to do is copy a file from one location to another. Copy. A damn. File.

But we've got an issue. First, we have to give the file a unique name. To handle that, I just used time and the existing extension.

I then spent about an hour trying to get the copy command to work. I began by adding numerous console.log messages with the F word in it. If you don't know what that word is, ask your teenagers. I thought that with a file path, I could just do this:

But nah, that would be too easy. You need to use window.resolveLocalFileSYstemURL first. And since the File copy command requires a path, you have to do this twice. Here's the code I ended up with. I removed a few console.log messages that may offend some readers. If you're curious, I went way beyond just saying the F-word.

All in all, it isn't that bad. A few nested callbacks, and nearly half my code there is related to my app, not the actual issue, it just took me a while to get there. 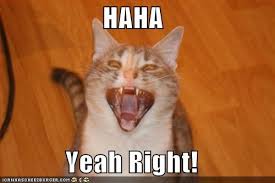 So at this point, I've saved the location of my audio file so I can use it in the Media api, but the new location doesn't work in the Media plugin anymore. Why? I don't freaking know. I blogged last year about how when you use the Media plugin and a relative path, you have to do something funky on Android, basically prefix your relative URL. In my case, I'm using a file:// url and I just assumed it would work.

And here is where things got awesome - it worked perfectly in Android but not iOS. Because - reasons. I brought this up on the Cordova Slack channel and @purplecabbage mentioned that a relative path may work. In my dev tools, I tried to manually create a Media object via the console. I discovered that - given the file name - I could access the file with the Media plugin by using this as the root: "../Library/NoCloud/".

So... yeah. That's it. My app now works. I can record and test audio, and I can persist it to a permanent file system. As I said, I'll share the real app later this week.